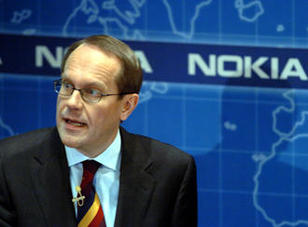 Is it possible to export innovation from one company to another? Guy Chazan and Chip Cummins of the Wall Street Journal explain how Jorma Ollila, the former chairman of Nokia and “one of the most creative thinkers in all of European business,” is now working to transform oil behemoth Shell into an innovation powerhouse:

“One company makes mobile phones, the other pumps

crude. But for a year now, they have had one thing in common —

high-tech pioneer Jorma Ollila. In his former job as chief executive of Nokia, Mr. Ollila turned a sluggish Finnish conglomerate into an icon

of innovation. Now he is hoping to work some of his magic on Royal

recast itself as a high-tech company. He says he sees his role as

Shell’s agenda.” “Within the next 10 years, this will be a technology business,” he says in an interview at Shell headquarters here.”

Shell as a leader in high-tech innovation? As the call for environmentally-sustainable energy sources becomes almost impossible to ignore, one hopes that Mr. Ollila will push Shell to take a long, hard look at how the company might experiment with alternative energy sources. It’s hard to imagine Shell replacing its oil rigs with windmills anytime soon, but it sounds like Shell is at least starting to think about innovative new approaches to business.