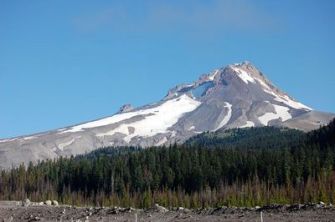 Mt. Hood in Oregon, taken August 2008. Image by Erik Klemetti. Click on the image to see a larger version.

I’ll be off on vacation for a week or so, but look for all sorts of treats in the interim.