Objective reality cannot be known. It’s the kind of statement you expect to hear from a sophomore postmodernist or nihilists after they’ve torched your car. Not a group of scientists.

Yet that is the result of a recent study published in the preprint journal arXiv. Basing their investigation on a famous thought experiment developed by Nobel Prize-winning physicist Eugene Wigner in 1961, the study’s researchers devised a way for observers to measure a photon’s state differently, despite each measurement being equally valid. 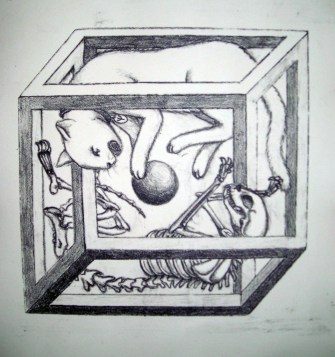 Most thought experiments read like they were devised by the Joker during an extra sadistic brainstorm — it takes either a supervillain or an ethical philosopher to rig a trolley like that! While Wigner’s friend experiment is certainly a more humane Schrodinger’s cat, it is no less mind-bending. Here’s the simple version:

As far as quantum mechanics go, that’s simple. But Wigner is standing outside the laboratory at the moment. He doesn’t know if his friend measured a photon or what that result would be. From his outside perspective, the photon and the record remain in a state of superposition.

For Wigner, the superposition stands; for Wigner’s friend, it has collapsed to a definite state. Their realities have diverged, yet both realities remain equally valid. This led Eugene Wigner to argue that a quantum measurement could not exist without a conscious observer.

“[I]t was not possible to formulate the laws of quantum mechanics in a fully consistent way without reference to the consciousness,” he wrote in Symmetries and Reflections. “[I]t will remain remarkable, in whatever way our future concepts may develop, that the very study of the external world led to the conclusion that the content of the consciousness is an ultimate reality.” 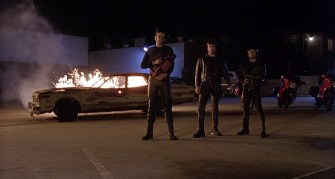 No, Donny, these men are quantum physicists, there’s nothing to be afraid of. Photo credit: Working Title Films

Most thought experiments remain puzzles we can only untangle with our minds. No ethics board would ever allow a team to test Schrodinger’s cat. But advances in physics and technology have granted researchers the ability to test Winger’s Friend. They did exactly that while doubling down.

The researchers created two laboratories that were introduced to entangled photons so that an affect on one photon must have an affect on the other. Inside each laboratory was a friend and outside were two observers named Alice and Bob (not actual people but apparatuses in the experimental setup).

The results showed that Alice and Bob could arrive at conclusions different than their friends, while still being correct and verifiable.

“It seems that, in contrast to classical physics, measurement results cannot be considered absolute truth but must be understood relative to the observer who performed the measurement,” Martin Ringbauer, a postdoctoral researcher at the University of Innsbruck, and one of the study’s co-authors, told Live Science.

As the researchers point out, their experiment raises interesting questions for science, particularly in physics but also for the scientific method in general. Science relies on facts that can be established through observation and measurement, and these should not be beholden to the observer. Another observer should be able to verify them independently. But if such measurements are observer-dependent, then the scientific enterprise may have some soul searching in its future.

The researchers conclude, “This choice, however, requires us to embrace the possibility that different observers irreconcilably disagree about what happened in an experiment.”

Does Quantum Physics Confirm The Occult?

To assuage any existential crises, it’s worth noting that arXiv is a preprint journal. That means this study has not, to this writer’s knowledge, been peer-reviewed as of publication. It’s possible that upon review, others in the field may see omissions or derive other conclusions from the data. Debate is a part of the scientific method, too.

This can be especially true in quantum mechanics. Polls have shown that opinions vary widely among physicists on what quantum mechanics tell us about reality and what its foundational issues are. In fact, the idea of measuring superpositions and measurements proved so controversial that Albert Einstein refused to accept it — apparently, he was disturbed by the implications.

And, of course, the reality of a subatomic particle is weird and doesn’t necessarily tell us how reality will work in the macro. Journalists must still adhere to facts. Scientists will still need to seek out ground truth to support their conclusions. And philosophers will still argue whether it even makes sense to talk of objective reality, whether one or many. If social media ever goes subatomic, then we should worry.

Darwin, Descartes, and Maxwell all believed in these science ‘demons.’
▸
7 min
—
with
Jimena Canales
The Future