Having a few drinks may help you feel less anxious in the moment. But drinking heavily over a longer period of time seems to produce the opposite effect: increased anxiety-like behaviors, as a result of synaptic dysfunction.

That’s the takeaway of a new study published this week in the journal Science Signaling.

For the study, researchers simulated a 10-day alcohol binge on one of two groups of mice. One group was given 1.5 grams per kilogram of ethyl alcohol each day, which translates to about five daily drinks for an adult human. The other was given water.

After 10 days, the researchers analyzed images of the mice brains, and conducted behavioral tests to measure anxiety. They found that the mice that had binged booze exhibited significantly more anxiety-like behaviors. 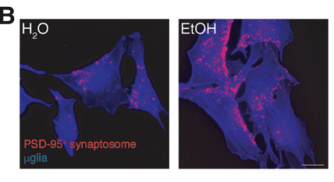 Why? Images of the mice brains suggest that excessive alcohol consumption boosted production of TNF, a signaling protein related to systemic inflammation. Specifically, the increased production of TNF occurred within microglia (immune cells) located in the prefrontal cortex.

This caused microglia to “prune” more synapses than usual. The researchers suspect that this aberrant synaptic pruning disrupted normal neuronal activity in the prefrontal cortex, causing higher levels of anxiety among the boozed-up mice.

To be sure, this study focused on mice, not humans. But study co-author João Relvas, a researcher at the University of Porto, told Inverse that he and his colleagues “don’t have any reason to believe that the same mechanisms will not be operating in the human brain.”

It’s far from the first study to show how alcohol can damage the brain. Other research shows that long-term heavy drinking can cause shrinkage of the hippocampus, more rapid aging of the brain, increased rates of alcohol addiction among young people, and Wernicke–Korsakoff syndrome, to name a few potential consequences.

But the new study revealed an interesting finding about TNF. To find out how TNF interacts with anxiety, the researchers gave to the alcoholic mice a drug called pomalidomide, which blocks the production of TNF. After, the mice showed improved synaptic functioning and less anxiety-like behaviors.

“This study suggests that regulating the levels of TNF might eventually be useful when treating alcohol addiction,” Relvas told Inverse. 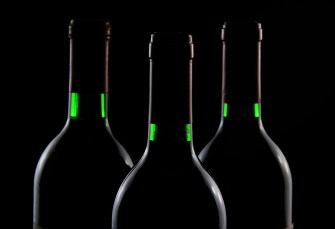 Still, it’s unclear whether or how TNF regulation might work its way into alcohol addiction treatments. After all, even if science can fix the anxiety aspect of alcoholism, heavy drinking still exacts heavy tolls on other parts of the body and brain.

For now, it’s probably best to keep your drinking within moderate levels: Most research suggests that having one to two drinks per day yields no significant negative health consequences.

Where do you place precious brain resources?
▸
6 min
—
with
Amishi Jha
Up Next
Neuropsych

Students who think the world is just cheat less, but they need to experience justice to feel that way.