There’s a great diversity among cancer cells, though many of them share one unfortunate trait: They’re often quite adept at resisting the body’s immune system. The immune system’s T killer cells can theoretically take out cancer cells, and immunotherapies enhance existing T cells’ potency. Still, cancer cells are often impervious to them, can mutate to evade them, and worst of all, can acquire “cancer resistance mutations” that cause the disease to worsen in response to T cells. This is especially true of the cells in solid tumors.

A study from researchers at University of Toronto catalogs the genes in cancer tumors that allow the disease to so effectively resist immunotherapy. Its authors hope that their findings will eventually lead to the development of more successful cancer treatments.

The study is published in the journal Nature. 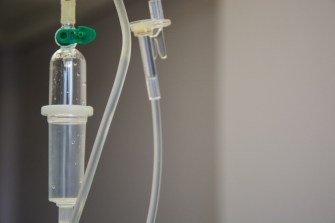 Speaking to U of T News, lead author of the study molecular geneticist Jason Moffat of the university’s Donnelly Centre for Cellular and Biomolecular Research says, “Over the last decade, different forms of immunotherapy have emerged as really potent cancer treatments, but the reality is that they only generate durable responses in a fraction of patients and not for all tumor types.”

There can be a significant degree of heterogeneity between cancer cells from human to human, and even within the same person, making the development of therapies maddeningly difficult. Attempting to address potential cancer-cell vulnerabilities across these variations is a life-or-death game of whack-a-mole. 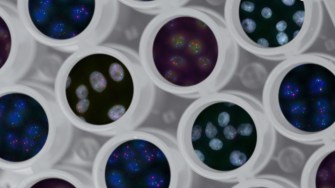 Moffat and his colleagues decided to investigate and identify genes within cancer cells that help them defeat treatment. Co-lead author Keith Lawson of Moffat’s lab explains that “it’s important to not just find genes that can regulate immune evasion in one model of cancer, but what you really want are to find those genes that you can manipulate in cancer cells across many models because those are going to make the best therapeutic targets.”

To accomplish this, the researchers, working with scientists at Agios Pharmaceuticals in Cambridge, Massachusetts, first exposed cells from breast, colon, kidney and skin cancer tumors to T cells in lab dishes. This established a baseline of their responses to treatment. Next, using CRISPR, the scientists went through the cells, exhaustively turning off one gene at a time to determine its role in immunotherapy resistance by comparing the cells’ response to the T cells compared to their original baseline response.

The team identified 182 “core cancer intrinsic immune evasion genes” that affected the cells’ response to T cells. The fact that some of the identified genes were already known to be involved in resistance provided the researchers with some confidence that they were on the right track.

Still, many of the genes they ID’ed had not been previously implicated. “That was really exciting to see because it means that our dataset was very rich in new biological information,” says Lawson.

Unfortunately, Moffat’s research also makes clear that defeating cancer-cell resistance is not as simple as removing certain genes. It’s true that when the team switched off some of the genes they’d identified, the cancer cells became more vulnerable to T cells, but on the other hand, removal of some other genes made the cancer cells more resistant.

There also appear to be relationships between multiple genes that complicate matters.

The team explored the manipulation of the genes that allow cancer cells to engage in autophagy, the process by which cells clear out no-longer useful materials to facilitate speedy recovery from damage. Surprisingly, when the researchers deleted certain genes responsible for cancer cells’ autophagy, they found the cells’ resistance to T cells increased. Apparently, removing one autophagy gene strengthened another mutated autophagy gene.

“We found this complete inversion of gene dependency,” said Moffat. “We did not anticipate this at all. What it shows us is that genetic context — what mutations are present — very much dictates whether the introduction of the second mutation will cause no effect, resistance or sensitivity to therapy.”

There remains a long road ahead when it comes to unraveling cancer cells’ resistance to immunotherapy. However, this new study presents a new map that can help scientists navigate what comes next.

CRISPR: What will humanity create?

A neuroscientist explains how to master your focus.
▸
7 min
—
with
Amishi Jha
Up Next
Starts With A Bang

If The Big Bang Wasn’t The Beginning, What Was It?

It wasn’t the birth of space and time. But it was truly essential to our cosmic story.For more than 50 years, we’ve had definitive scientific evidence that our Universe, as we […]