The climate we’ve known for thousands of years is going, going, gone. There are few, if any, places where weather patterns haven’t changed and aren’t continuing to do so. As we witness increasingly dramatic weather events and climate conditions unfold, there’s an arguably even more significant climate crisis occurring in agriculture.

Methods that have served growers well in the past are now jeopardizing the world’s food supply, not to mention the growers’ livelihoods. Centuries of breeding have helped plants thrive and endowed them with characteristics that enhance their appeal in the marketplace. This crop optimization comes at a cost, however: A lack of the genetic diversity that might help them adapt to rapidly changing climate conditions. Many of these crops have been bred to grow well in a climate that no longer exists.

“When the human race first domesticated crops, the climate and environment were completely different — what we are seeing in the last 50 years is a rapid change in climate. The world is now frequently facing catastrophic climate events like droughts and in the UK we are now seeing some crops being harvested up to a month earlier than they used to be.” — Dr. Rocio Perez-Barrales, University of Portsmouth

Clearly, it’s time to rethink agriculture. Now, scientists from the University of Portsmouth and Royal Botanic Gardens, Kew Gardens — have developed a guide for agriculture in the face of climate change. If it has an overriding theme, it’s that it’s time to reintegrate wild variants of plants back into the genetic mix to strengthen crops’ survivability.

The research is published in the Botanical Journal of the Linnean Society. 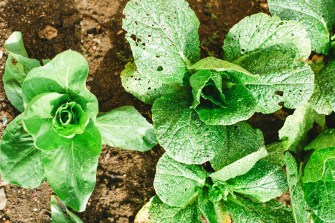 “When plants were domesticated,” says Dr. Perez-Barrales, one of the study’s authors, “they were artificially selected for a specific desirable trait. Artificial selection and farming have led to quality improvements in foods such as meat, milk, and fruit. However, over hundreds of years, there has been a negative impact to this process — a reduction in plant genetic diversity.”

This lack of diversity could spell doom for crops as the conditions in which they grow are impacted by climate change. Scientists believe that a plant’s natural genetic makeup, which evolved in response to its surrounding conditions, makes it more likely to be able to continue to adapt. Domesticated crops may lack such flexibility.

According to Dr. Perez-Barrales, “Climate change is altering the way crops behave.” Unfortunately, she adds, “Crops have lost so much genetic diversity they are less able to adapt and respond to climate change. Scientists are now looking at wild crop relatives to see what traits can be improved to make crops better adapted to the current environmental challenges.”

This revisiting of crops’ ancestors is very much on the mind of the new study’s authors. 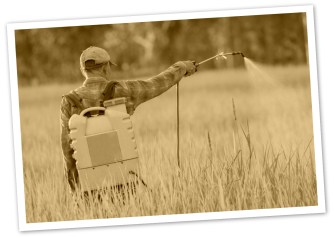 The researchers began with a re-visiting of guidelines published in 1971 to see how they might be modified. Says Perez-Barrales, “The classification developed in the early 1970s needed to be updated, and in effect rebooted, to integrate this modern information.”

The study’s lead author Juan Viruel of Kew Garden explains, “With this information we can better select the wild species to improve our crops. It is an invaluable checklist for plant breeders and will help production of crops in a more sustainable way.”

Those earlier guidelines also endorse the use of pesticides, now understood to harm fauna and leave fields toxic. The new study suggests a more benign, forward-looking way to deal with pests, says Perez-Barrales: “An alternative for plant breeders is to use wild crop relatives and use the natural genetic variation in those species that protects them against the natural enemies.”

To explain the type of guidance offered in the new study, Perez-Barrales offers linseed as a case in point:

“Some crops have just a few closely related species, whilst others might have a hundred or so,” she says. “For example, linseed has more than 150 related species, and the challenge is how do we select the relevant traits and from what wild relatives? In answering this question, we realized that we needed to learn more from the biology of the species, which can only be done by using modern classification developed using the latest science.”

“There may be a demand to grow linseed, for example, in countries at different latitudes. Linseed (Linum usitatissimum) was domesticated in the Middle East 10,000 years ago, and we can grow it in England because it naturally captured genes from pale blue flax, Linum bienne, allowing the crop to grow in northern and colder environments. My research looks at the natural variation in flowering of wild Linum species to see if we can use it to improve linseed. That way the right genes can be selected and introduced into the crop, something that plant breeders do regularly. These new guidelines will help plant breeders become more sustainable and efficient. We believe it is the future of farming.”

Back to the drawing board.
Up Next
Starts With A Bang

What Can The Simple Fact That ‘We Exist’ Teach Us About The Universe?

The anthropic principle has some fascinating scientific uses. And abuses, too.For thousands of years, humans have pondered the meaning of our existence. From philosophers who debated whether their minds could be […]