New research suggests one-third of Americans in monogamous relationships fantasize about being in a sexually open relationship. Of that one-third, most want to act out their desire. Someday, at least.

If you search Google for “open relationships” — or polyamory, polyfidelity, monogamish, etc. — you’ll find no shortage of articles describing how unconventional relationship styles are becoming increasingly popular. That seems true, if measured by Google searches.

For the new study, published in Archives of Sexual Behavior, researchers asked 822 people in monogamous relationships to:

The results showed that 32.6 percent of participants said being part of a sexually open relationship was “part of their favorite sexual fantasy of all time.” More surprising is that, of that one-third, 80 percent said they want to act on this fantasy in the future. 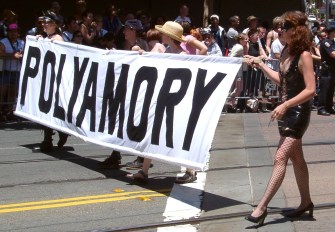 “The present research confirms the important distinction between sexual fantasy and sexual desire in that not everyone wanted to act on their favorite sexual fantasy of all time,” study author Justin J. Lehmiller told PsyPost. “This suggests that fantasies may serve different functions for different people.”

Even though most participants said they want to act out their fantasy in the future, far fewer reported acting out sexual fantasies in the past. Other findings included:

A 2019 study from psychologists at the University of Rochester suggests it is possible, but especially when both partners practice a trio of behaviors: consent, communication, and comfort — or, the Triple-C Model.

The Biggest Fundamental Questions That ‘42’ Really Is The Answer To

We’re still not sure what the ultimate question is. Here are 5 excellent candidates.One of the most amusing stories in all of science fiction is Douglas Adams’ The Hitchhiker’s Guide […]