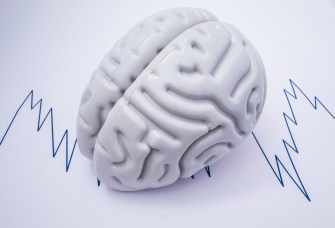 Image by Shidlovski on Shutterstock

We all lie. Some might argue it’s human nature. In a 2002 study, 60 percent of people were found to lie at least once during a 10-minute conversation, with most people telling an average of two or three lies. Some lies are small, some are bigger, some are done out of kindness, and some done out of malice. But a lie is a lie, and the way that your body reacts when you lie is the same.

Lying is an inherently stressful activity.

When you engage in a false narrative (or a lie), your respiratory and heart rate will increase and you may even start to sweat. While people may vary in the ability to tell a lie, most of the time your body will react in this same way. Exceptions to this rule are, for example, psychopaths, who lack empathy and therefore do not exhibit the typical physiological stress responses when telling a lie.

Brain imaging studies have shown what really happens in the brain when you tell a lie.

Lying generally involves more effort than telling the truth, and because of this, it involves the prefrontal cortex. A 2001 study by late neuroscientist Sean Spence (University of Sheffield in England) explored fMRI images of the brain while lying. Participants answered questions about their daily routine by pressing a yes or no button on a screen. Depending on the color of the writing, they were to answer either truthfully or with a lie.

The results showed participants needed more time to formulate a dishonest answer than an honest one, and certain parts of the prefrontal cortex were more active when they were lying.

Further research explains that three main areas of the brain are stimulated during deception – the frontal lobe works to suppress the truth, the limbic system activates due to the anxiety that comes from lying, and the temporal lobe activates in response to retrieving memories and creating mental imagery (fabricating a believable lie).

Research also suggests lying becomes easier the more you do it.

In a 2016 study, Duke psychologist Dan Ariely and his colleagues showed how dishonesty can alter your brain, making it easier to tell lies in the future. When people told lies, the scientists noticed a burst of activity in the amygdala, the part of the brain involved in fear, anxiety, and emotional responses. When the scientists had their subject play a game in which they won money by deceiving their partner, they noticed the negative signals from the amygdala begin to decrease.

“Lying, in fact, desensitized your brain to the fear of getting caught of hurting others, making lying for your own benefit down the road much easier,” wrote Jessica Stillman for INC. 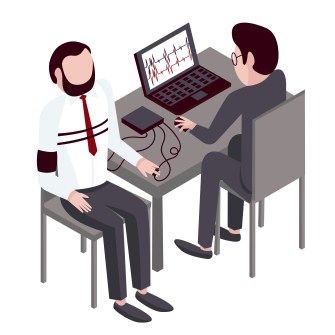 The polygraph will be able to detect if someone is telling the truth 87 percent of the time.Image by OllivsArt on Shutterstock

In 1921, a California-based police officer and physiologist John A. Larson created an apparatus that simultaneously measures continuous changes in blood pressure, heart rate, and respiration rate to aid in the detection of deception. This was the invention of the polygraph, which is commonly referred to as a lie detector.

Seven years before this, in 1914, an Italian psychologist (Vittorio Benussi) published findings on “the respiratory symptoms of a lie,” and in 1915, an American psychologist and lawyer (William M. Marston) invented a blood pressure test for the detection of deception.

The accuracy of polygraph tests has been called into question for nearly as long as they’ve existed. These machines detect typical stress responses to telling a lie. This means increased heart rate, blood pressure, and respiration rate. Some people are naturally good liars, or become better with controlling these stress responses, and can manage to stay calm during a lie detector test.

According to the American Polygraph Association (made up largely of polygraph examiners), the estimated accuracy of a polygraph can be up to 87 percent. That means that in 87 out of 100 cases, the polygraph will be able to detect if someone is telling the truth.

If the person lies but doesn’t have the stress symptoms of telling that lie, they will pass the test. Similarly, innocent people may fail the test due to being anxious about taking it to begin with and therefore emitting the elevated heart, respiratory, and blood pressure rates that can be detected.

The Standard Model Is Not Enough, New LHC Study Shows