Everybody has felt schadenfreude to some certain degree. That little bit of joy at the expense of another person’s pain or failure. Some researchers have even suggested that there are certain types of schadenfreude. The many motivations behind the feeling helps to illustrate the diverse set of examples of schadenfreude.

Rivalry takes multiple forms and can be on a one-to-one basis with people you actually know, or even be based on a social rivalry with people you’ve never met. Finally, justice based schadenfreude is the joy felt when someone is punished after having done something morally reprehensible for quite some time and used to get away with it.

Envy is one of the root causes of much of schadenfreude. It’s only natural for individuals in a society to evaluate themselves based in relation to other people. As this is often the case, a notable figure’s misstep will lead many to swell with satisfaction — resulting in schadenfreude. We see this when people take pleasure in a celebrity’s downfall across the national media circuit.

Schadenfreude is quite present during highly-competitive situations. For example, a football player will feel a great sense of delight when the opposition’s star quarterback gets hurt in the middle of a game. Schadenfreude may be a fleeting emotion that turns into sympathy later — once the game is over, for instance. On the more extreme level, though, this motivation can spur a zero-sum game, a situation where the ultimate desire is the total failure of the other.

If taken too far, this emotion, in this instance, can be viewed as a negative way of building self-esteem. Say, for example, your neighbor buys a brand new sports car and drives it around to show it off. Then, the next day, you find out it’s been completely wrecked by a tree falling on it. You’d feel great because this “rival” of yours has been humbled.

Now you’re both on an equal social economic standing, again. Schadenfreude is common amongst these little kinds of rivalries. Rivals enjoy when the other person’s misfortune. The feeling is more pronounced than lofty social comparison-based schadenfreude because you’re not just a bystander. 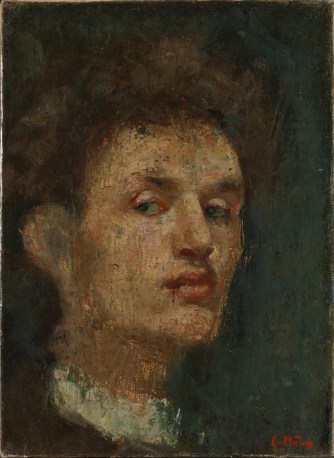 The “tall poppy syndrome” is often referenced in the United Kingdom and Australia. It’s informally defined as “a perceived tendency to discredit or disparage those who have achieved notable wealth or prominence in public life.”

Cultures or people that resent high-status individuals feel good when misfortune is brought down upon them. Again, envy rears its head in this example. People covet either the talent, money, skill, or fame that envied person possesses. Many people’s moralistic compass points toward the ideal of attaining equal status which is similar for all people.

If an individual’s status gets too high, they may be targeted by the tall poppy syndrome. Then if they’re knocked back down to size, people will feel schadenfreude at their resulting downfall.

Justice-based schadenfreude is the least socially reprehensible form of the emotion. It’s the feeling that people get when some corrupt politician is exposed or con artist is found out.

Schadenfreude being tied to justice is one of the most prominent examples, as everyone shares in the delight when someone gets what they deserve. Sometimes justice based schadenfreude can border on the self-righteous. The justice felt is dependent on what the person feeling it observes as immoral or bad behavior. Once this person sees a “bad” behavior punished in some way, their sense of justice fills them with happiness. It’s like a karmic retribution tinged with schadenfreude.

The feeling is experienced here because people feel that fairness has been reestablished and righted from a previous wrong.

How do we decrease gun-related deaths? Make it harder for ‘high-risk’ individuals to buy weapons.

It’s not about what guns people have. It’s who has them.