Sleep science is a rapidly growing field that has, time and again, proven how important sleeping is to every facet of our lives. Not getting enough sleep has been implicated in diseases of dementia, the ability to process memories, the removal of toxins from the brain, lost productivity (and associated costs), and workplace incivility—that’s only the beginning of an extensive list.

The study above on being a rude co-worker hints at the notion that sleep informs your personality. Now new research, published in the European Journal of Personality, makes an even bolder claim: The quality of sleep you’re getting this week will likely inform your personality five years from now.

According to Zlatan Križan and Garrett Hisler, both in the Department of Psychology at Iowa State University, of the five broad personality domains (agreeableness, conscientiousness, extraversion, neuroticism, and openness), two are greatly influenced by subjective sleep quality, while all five are in some manner determined by nightly habits.

The team identifies four critical aspects during each sleep cycle: duration, continuity, subjective quality, and architecture, or the “patterning of sleep state and biological activity.”

Duration is important, with seven to nine hours being the sweet spot for most adults. How long you sleep is determined by a number of factors, including sleep debt, chronic sleep need, constraints such as work schedules, and personal preferences. Not everyone requires the same amount as everyone else, but knowing what you really need is important.

Continuity also plays a key role in regulating the physiological processes of your body. Ideally, you fall asleep easily, stay asleep, and wake up smoothly. Of course, this is not the case for many Americans, especially when checking your phone around bedtime (or worse, sleeping with it in your bed) negatively impacts your sleep.

Sleep quality is distinct in that it is self-reported. Importantly, the authors note, perception matters, as it is implicated in a number of mental health issues, including anxiety, depression, PTSD, bipolar disorder, and psychosis. Feeling unrested is a common factor in all of these.

Finally, sleep architecture deals with your ability to optimally cycle through the four states of sleep smoothly, including spending enough time in REM sleep. One sign of sleep deprivation, for example, is hanging out in non-REM mode; you never quite feel sated. For the purposes of this study, the duo did not focus on this aspect.

Križan and Hassler mined data from the Midlife in the United States Study, which provided a treasure trove of information that included week-long sleeping patterns and a rich assessment of personality traits. Of the 382 participants, 63 percent were female, with an age range between 34 and 82 years old. The most impacted personality traits were those displaying neuroticism (a tendency to experiencing negative emotions, aka emotional instability) and conscientiousness (an ability to display self-discipline; striving for achievement regardless of outside measures). 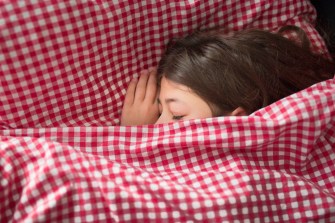 The authors note that most personality traits were impacted in some manner in typical reports of subjective sleep quality. The outliers were neuroticism, low conscientiousness, stress reaction, and alienation (such as hostility), all of which involved less sleep continuity. Variability and duration stood the test of time, however.

“The passage of time did little to weaken these links between personality and sleep; traits predicted sleep assessed more than five years later as well as sleep assessed only a few weeks later.”

The link between personality and sleep seems to be a somewhat permanent fixture of the individual. On most every measure, the ability to control your behavior and emotions seems tied to better sleep. For those with troubles regulating their thoughts and emotions, the opposite holds true. These patterns continue throughout life, except if they are specifically addressed and changed.

This valuable addition to the growing literature on sleep science points to two important factors. Firstly, how you act and think consciously is embedded in your subconscious, which is in part regulated by sleep. Perhaps more importantly, if you want to change your patterns of behavior, diligently focusing on your nighttime ritual might be the catalyst for such change.

Data provided by this rich study summate what we already know: If you don’t change your habits, you’ll fall victim to them. Being malleable animals affords us the flexibility to integrate new patterns and the inner drive for making sure they stick. Increase your sleep duration and quality and behavioral shifts will occur.

Jokes so cheesy even French philosophers will love them.
Up Next
Health

Empathy in healthcare is finally making a comeback

We’re putting the “care” back into “healthcare.”