Almost half the wine consumed in the U.S is consumed by millennials, according to recent research. In 2015, the 79 million Americans ages 21 to 38 drank 159.6 million cases of wine. As a relaxant and social lubricant, it’s obviously a pretty popular way to go, and that’s just wine. As young people couple off, alcohol can work for and against the relationship, depending on the amount of alcohol consumed and whether or not both partners are drinking similarly. But what happens over time to couples? Baby boomers are finding out, and so did a new study published in the Journals of Gerontology.

The elderly are the fastest-growing segment of the U.S. population, and it’s a drinking crowd, many having switched over the years to alcohol as a legal intoxication option. The Centers for Disease Control and Prevention (CDC) says that people over 65 are more frequently found to be binge drinkers. Boomers may also require less alcohol to get drunk because it’s metabolized more slowly in the elderly, meaning there is a higher percentage of alcohol in the blood compared to a younger drinker.

About the New Research 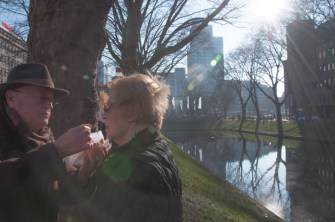 The subjects were a bit more homogenous than the general population. Roughly two-thirds of them were in their first marriage. They all had similar (though obviously not identical) alcohol consumption, similar negative marital quality as well as other comparable variables including education, years married, race, and number of children.

Subjects responded to self-administered psychosocial questionnaires (SAQ) in four waves, each of which collected responses from half the subjects. Thus, the responses from 2006 and 2008 were treated as Wave 1 since together they accounted for 100% of the respondents, and Wave 2 was the combined 2010 and 2012 SAQs using the same logic. In this way, every subject was questioned exactly twice, years apart.

In Wave 1, the idea was to identify drinking habits and assess subjects’ current negative marital quality as a baseline.

Researchers asked people about their drinking:

To ascertain their negative marital quality, their were interviewed with a commonly used and well-validated set of questions:

Their answers to both sets of questions were converted into numerical values for analysis.

First off, unlike with studies of younger couples, the frequency and amount of alcohol consumption wasn’t a reliable predictor of changes in marriages. What was significant was the degree to which a couple’s drinking was:

The three biggest takeaways from the study were: 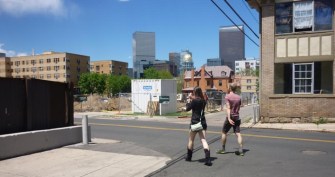 So, young millennials in love, here are the rules:

Two-thirds of romances start out as friendships.
Neuropsych

Might as well face it, you’re addicted to love.
Up Next
Surprising Science

Why Do We Eat Dessert For Breakfast?

Breakfast is often cupcakes and cake with different names, like muffins and yogurt. That does not bode well for our waistlines.