800,000 private student loans—totaling $12 billion—are owned by National Collegiate Student Loan Trusts. Just like any student loan payment, if borrowers fail to pay back their loans, the trusts can (and often will) pursue them in court.

Borrowers who don’t bother showing up to that generally don’t get cases ruled in their favor. However, when they do defend themselves, they may find that their accuser can’t prove ownership of the disputed debt due. When this happens, the court has no choice but to wipe away the accused’s debt. Which brings us to NCSLT, who are having a hard time proving that they are entitled to be repaid the $5 billion of student loan debt currently owed to them. It may all be wiped away thanks to the organization’s stunningly sloppy record-keeping. You read that right: $5 billion of National Collegiate Student Loan Trusts’ student loan erased… just like that.

For borrowers who don’t contest charges, the sometimes lifelong nightmare of garnished wages and savings that follows a losing court judgement continues unabated. For those who question Collegiate’s ownership of a loan, though, the news is a major gift. 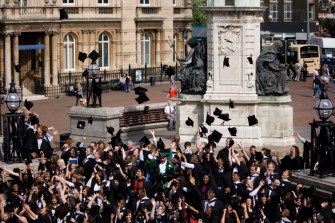 National Collegiate’s vapor paper trail is the unintended outcome of a financial process known as “securitization.” It goes like this: After a student borrows money from a bank, the lender packages that loan with others and sells it to a financing company who then combines it with packages from other banks, and then sells the entire bundle to investors. To prove ownership of a loan means tracing it all the way back to its origin, a non-trivial endeavor given the many hands through which the debt may pass.

If this sounds a bit like the junk-filled sub-prime mortgages that wound up bringing the American economy to its knees in 2008, it very much is, if not on quite as large a scale. A trait they share is that these are high-interest, hard-to-pay-back loans, and with fewer consumer protections, targeted at people struggling to qualify for better ones. 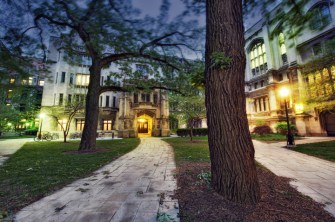 No one is accusing National Collegiate of fabricating records, just misplacing paperwork, and sometimes mishandling it. In a case cited by the New York Times, Samantha Watson was accused of not paying back a $31,000 debt that wasn’t even hers. The New York City Civil Court agreed, its ruling noting that “The Court finds that plaintiff failed to establish the chain of title from the original lender to Plaintiff.” Judges across the U.S. have dismissed lawsuits brought by National Collegiate for essentially the same reason: National Collegiate can’t produce the evidentiary paperwork required to prove ownership.

A lawyer with the National Consumer Law Center, Robyn Smith, tells the Times that she now also sees the company regularly dropping lawsuits even right before a trial or a deposition takes place because, she suspects, they know they can’t find the paperwork they need to win. They’re probably making the right call: In some 30 cases in which DesMoines attorney Nancy Thompson defended students in cases brought against them by National Collegiate, all except three were dismissed before trial according to the Times. 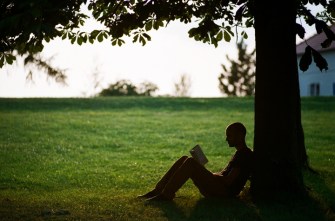 National Collegiate would obviously love to get a handle on this and have audited the records of the company that services their loans and is supposed to manage the related paperwork. Of the 400 loans their auditor picked out for examination at random, none of them had the required documentation showing the full chain of ownership. The servicing company has claimed this isn’t really their responsibility, with a spokesman for the company, the Pennsylvania Higher Education Assistance Agency (PHEAA) telling the Times, “We believe that the auditors were misinformed about the scope of PHEAA’s contractual obligations. We are confident that the litigation will reveal that the agency has acted properly and in accordance with its agreements.”

Obviously, a takeaway from this is that if a letter arrives saying a lender is suing you over a student loan, don’t just throw away the envelope. Consider your options.

Millennials would rather pay off their student debt than spend money getting hitched.
The Present

If money can make you happy, does debt make you sad?

Does money, even when borrowed, make us happier – or does the state of owing money add to our dissatisfaction and stress?
Technology & Innovation

Some companies have set up a progressive program to help their employees pay off their student loans, offering up to $10,000 in assistance over the course of employment.
Up Next
Surprising Science

In one of our wildest episodes ever, comedian Jeff Garlin cuts the surprise clip short to call B.S. on neuroscience and complexity.