The Illinois General Assembly passed a bill July 2 that could allow AT&T to phase out its landline services in the state, but the FCC has yet to approve the law.

“It’s important for our Illinois customers to know that traditional landline phone service from AT&T is not going away anytime soon,” Paul La Schiazza, AT&T Illinois president, said in a statement.

The Illinois law, House Bill 1811, requires AT&T to give its affected customers 60 days notice before terminating service. However, some fear the bill could harm some of the state’s landline customers, many of whom are elderly and live in rural areas.

“If AT&T succeeds in ending traditional landline phone service, we think that will hurt people — particularly seniors and those with medical conditions — who depend on a landline as their most reliable link to vital services,” said Jim Chilsen, spokesman of the Citizens Utility Board, an Illinois nonprofit group. 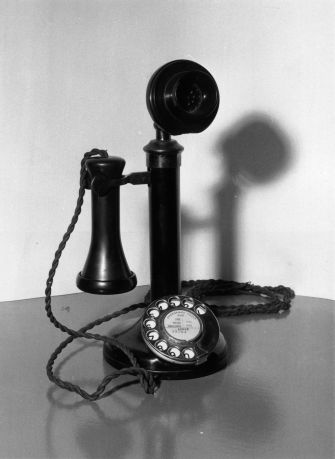 “Plain old telephone service” – or POTS – has been around since 1876, making it the oldest network in the world. Until recently, federal law has prohibited telecommunications companies from discontinuing their services:

No carrier shall discontinue, reduce, or impair service to a community, or part of a community, unless and until there shall first have been obtained from the Commission a certificate that neither the present nor future public convenience and necessity will be adversely affected thereby…

But maintaining these networks is costly, and AT&T argues that terminating landline services would make the company more competitive and better able to bring modern services to its customers.

“We still are required to provide an old-style, voice-only telephone line to every customer in our service territory,” La Schiazza told the Chicago Tribune. “No competitor is required to do that. They can pick and choose whatever customers they want to serve and they can use whatever available technology that they want to.”

In recent years, companies like AT&T and Verizon have sought ways to phase out landline services as more customers switch to cellphones. AT&T has already helped pass similar legislation that abolishes, at least partially, its obligation to provide landline services in 19 of the 21 states where it’s the legacy telephone service provider, with California as the holdout.

Here’s a map of the states where AT&T is the legacy telephone carrier. 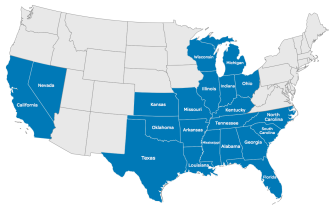 In Illinois, only about 10 percent of residents have landlines, and AT&T said that its losing about 5,000 customers per week.

“The new Illinois law helps plan for the eventual transition to only the technologies that customers overwhelmingly prefer today — modern landline service and wireless service,” La Schiazza said. “While the timetable for that transition is undetermined at this time, it could take a number of years.”

AT&T needs approval from the FCC before it can terminate landline services. Chilsen and representatives from AARP said they intend to fight the law at the national level.

“AT&T still must get final Federal Communications Commission approval to end traditional home phone service, so CUB will do everything it can to protect landline customers as this battle moves to Washington,” Chilsen said.

The elimination of landline service could also have other adverse effects. Older technologies still being used today by some – fax machines, burglar alarms – were designed for POTS, and “they don’t play well with IP-based phone adapters like AT&T’s Mobile Premises Services,” as Chris Ziegler wrote for The Verge.

Still, it takes a lot of money and copper to maintain the country’s century-old landline network. A modern replacement would be expensive, but it’d likely be a cheaper and more efficient solution over the long term.

The Rubbee X requires almost no setup and is far cheaper than a brand new e-bike.
Up Next
Health

Your mind is stronger than the anxiety it creates. Learn to shift your mindset.

Health psychologist Kelly McGonigal discusses a three-step process to shift your mindset when anxiety creeps in.