In a meta-analysis of 22 studies, researchers at the University of Exeter, U.K. found what many of us kind of instinctively knew: If you stick with the same doctor over a long period of time, you’ll very likely live longer.

It confirms what other studies have suggested, including one in Taiwan of 400,000 diabetes patients; the death rate was half of that in patients who kept the same doctor as opposed to those who didn’t. No small number there. 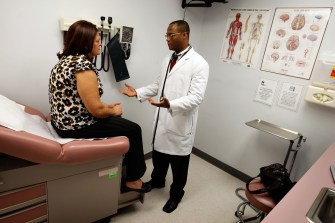 Emlyn Louis, MD speaks with Julia Herrera as he examines her at the Broward Community & Family Health Center on April 20, 2009 in Pompano Beach, Florida. (Photo by Joe Raedle/Getty Images)

Those numbers actually cross disciplines—whether specialists, psychiatrists, or surgeons, the results come out the same.

In their analysis of 22 separate studies from nine countries, all with health systems that were sometimes widely different from each other, they found that 18 of the studies confirmed the much higher rates of survival in those who saw the same doctor repeatedly. It resulted in a greater likelihood of following medical advice, higher satisfaction, increased likelihood of taking up preventative care and immunizations, and significantly fewer unnecessary hospital stays.

Sir Denis Pereira Gray, the lead in the study, commented: “When a patient sees a doctor they know and get on with, they talk more freely and give that doctor much more relevant information, sometimes quite personal information or anxieties they have, and the doctor can then tailor the advice and management plans much more subtly.”

He continued: “… We are saying that at a time when the emphasis in the reports in the press are all about new machines and new technology, that this is an article that shows the human side of medicine is still very important and even a matter of life and death.” 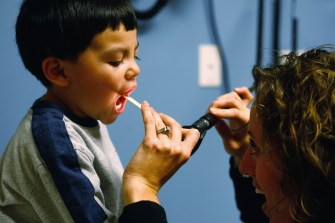 So basically, as you develop a deeper personal connection to your doc, you reveal more and are more likely to do what they ask in order to maintain health.

Chocolate was used as money in the ancient Maya civilization

Have you ever eaten a chocolate bar that was worth its weight in gold? If you lived in ancient Mesoamerica, you might have done it every day.