Scientists have long known of an association between Alzheimer’s disease and viruses, but whether that link is meaningful has been a mystery for decades.

A new study published in the journal Neuron sheds light on the connection, suggesting that certain types of herpes viruses in the brain can spur the development of Alzheimer’s when activated.

“Our hypothesis is that they put gas on the flame,” Joel Dudley, an author of the study and an associate professor of genetics and genomic sciences at the Icahn School of Medicine at Mt. Sinai in New York City, told NPR.

The discoveries were an accident. Initially, the team set out to examine differences between healthy brains and those with Alzheimer’s in an effort to find novel ways that existing drugs might be used to treat the disease.

But they kept finding that Alzheimer’s brains sometimes had twice the levels of viruses, particularly two types of human herpes viruses, HHV-6 and HHV-7, which are commonly associated with the childhood illness roseola.

“When we started analyzing the differences, it just sort of came screaming out at us from the data,” Dudley told NPR.

These common herpes viruses, which differ from those that cause genital herpes, sometimes end up in the brain, where they can remain dormant for years. But when activated, they seem to influence the accumulation of amyloid-beta plaques and tau tangles in the brain, both of which can block communication between neurons and accelerate the development of Alzheimer’s. 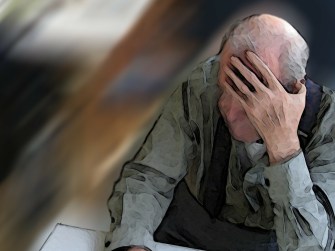 Other recent studies suggest this build-up of A-beta, which may serve an antimicrobial function, is the result of the brain protecting itself from herpes viruses. The problem is that it ends up, as one study proposes, triggering Alzheimer’s in the process. Still, it’s unclear exactly how the viruses are interacting with the brain.

The team behind the new study took a close look.

“We mapped out the social network, if you will, of which genes the viruses are friends with and who they’re talking to inside the brain,” Dudley told NPR, offering an analogy: “If the viruses are tweeting, who’s tweeting back?”

But the team still isn’t sure what’s causing these previously dormant virus genes to activate. It’s also unclear whether these viruses are causing Alzheimer’s or are activating to take advantage of degraded conditions in the brain.

“I don’t think we can answer whether herpesviruses are a primary cause of Alzheimer’s disease,” Dudley told Newsweek. “But what’s clear is that they’re perturbing networks and participating in networks that directly accelerate the brain towards the Alzheimer’s topology.”

Dudley said this kind of research has long been controversial in the community.

“It’s very unpopular. I’m sure there’s a lot of people who are secretly unhappy about it,” he toldThe New York Times, adding that researchers often “come up to me at conferences and say in hushed tones, ‘Oh, I also have a data set that shows viruses, but I’m afraid to publish it.’”