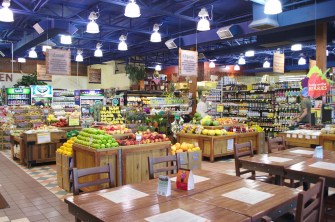 Colleen Bird: Whole Foods founder Jeff Mackey’s worth being $75 million might seem like a lot to most of us yet when you compare that to Sam Walton, founder of Walmart’s $34.9 billion dollars it is not. Walmart pays its employees just above minimum wage (and that’s after pressure from the public), they keep most employees at just under a full time work week to avoid paying for benefits. The more we shop frugally at Walmart, the more we support poor treatment of employees, and the filling of the Walmart corporate greed mongers coffers. We’re stuck though, because most of us cannot afford to shop at stores that pay and treat their employees better.

What Is Religion For: Morality, Power, Evolution? 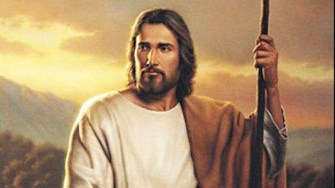 Sonu Thomas:Humans are pattern seeking mammals. There is a constant urgency to explain mystery with agents(visible or invisible). This is observed in animals as well. That is thunderstorm explained by Thor; throwing babies into volcanoes for rain, etc. For Reza to say, kids believe in soul when they are young proves existence to soul is such a ridiculous argument. Kids beleive in some other agents as well – fairies, lockness monster. One should replace ‘religion’ with ‘superstition’, still everything in his argument is true. “Supersitious experience has been found in Neandarthal as well”. Now does his argument makes religion valid at all? I don’t think so.

Ken Clark:We are a communal species. We need things to bind us together, we seek a common identity with others. In the absence of land, culture and other such things religion makes for a perfect communal devise because it needs nothing tangible to prove its worth and value (for example no land, no buildings, no contracts). People can build entire civilizations on a belief because of its communal properties (i.e. Islam and Roman Catholics). Now aside from being a communal effort it’s dark side is that it pits one group against another with no tangible evidence that it’s even real. So we end up with a communal device that’s essentially a divisive device at the same time. Sounds perfectly human to me but has absolutely nothing to do with what’s really real and the universe as a whole.

Barney Frank: The Marijuana Taboo Is Much Like That Against Marriage Equality 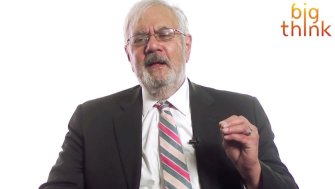 Craig Flanadu:“Millenials” are staying in mom’s basement because they’re saddled with a record amount of student debt and job prospects for many without experience is daunting. “Millenials” #1 reason for not buying houses is student debt.

Why Socrates Hated Democracy, and What We Can Do about It. 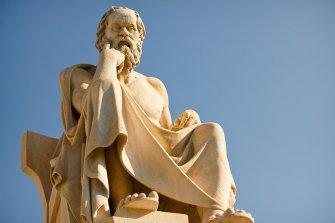 Vinicius Mueller: Socrates never wrote anything down. His opinions are not his own, but simply a literary device – a vehicle – that his student Plato used in expounding his ideas in writing. It is really Plato who hated democracy. Plato’s reasons are much more sophisticated than what people here understand. Basically Plato thought that Democracy was simply a latent stage of social degeneration, the last stop before an all-out tyrannical state.

Should We Tolerate the Intolerant? 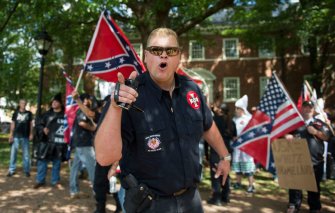 Editor’s note: I picked this because, although I don’t agree with the poster’s politics or necessarily the entire message, it made me think about how reactionary the left can be. What I immediately wanted to do was say “WE’RE NOT ALL THAT WAY” but that would mean he’s right. And in this comment, he is. Growing up where I did, I have friends who do subscribe to such ways. I talk to them, they say things like this, and it humanizes the political landscape, and for that I’m grateful. Pretty much why I picked this. ———— Having said that, the comment (and indeed Mr. Martin) caused a pretty sophomoric argument, which I chose not to link to, over “liberals and conservatives”, which is a shame, because the truth here is that both sides are too reactionary and ready to pounce on the other. Anyway. Here it is.

David Martin: A lot of people are confused by what defines intolerance. Of course, the problem is that everyone has different levels of tolerance for the “intolerant” (and who those intolerant people are defined as). One thing I’ve noticed is that the Left are intolerant of words, while the right are intolerant of actions. Being intolerant to words means shutting down any speech arbitrarily depending on whoever feels ‘fragile and offended’ by whatever is being said. That is wrong and also dangerous to the ongoing ability of people to freely complain and bitch and protest…and isn’t that what the left like to do a lot of? However, being intolerant of actions means drawing the line at actions that cause violence or harm but accept and allow open dialog regardless of it offending any one person or one group… because we are not kids who will run home and cry to mommy if we are called a bad name. Free Speech must be allowed.

Why virtue signaling does nothing.
▸
with
Alice Dreger
Up Next
Politics & Current Affairs

A recent psychology study examines the importance of intellectual humility in decision-making related to politics, health and work.