Back in the 1980s, Hans Moravec, an AI scientist, discovered a paradox: What is easy for humans, such as visual or auditory understanding, is hard for machines.

Things have changed since then. Today’s AIs are much better at understanding what they see. It is not that AI has caught up with all of our human visual capabilities, but rather that the technology is developing in different ways.

When we think AI, we think of pure automation. This is not true anymore. Did you think, for example, that AI could never replace portrait photographers? Think again; it doesn’t even need a model. Today we have AIs that can ‘imagine’ – that is, according to the Merriam-Webster definition, form an image of “something not present to the senses or never before wholly perceived in reality”.

The video above shows the results from an AI that has learned to generate photos of people who don’t exist. At a qualitative level, only a few artists are capable of inventing faces with photographic precision.

The secret behind AI imagination

The mechanism that gifts AI with imaginative powers has a name: Generative Adversarial Networks (GAN). GANs were partly inspired by neuroscience research. In essence, GANs consist of two entities which compete against – and learn from – each other: one learns to generate fakes, while another one learns to detect fakes. As the fake detector becomes more effective, so does the fake generator. Neuroscientists have discovered that we use a related mechanism, the actor-critic model, which is believed to be located pretty much in the middle of our brains.

If imagination is no longer a privilege of the human mind, how can we leverage AIs’ imagination? Here is a taste of what’s happening in labs right now.

Turning night into day: let there be GANs

An application of image translation is to help us see the world in a more readable way, or beyond what is visible. 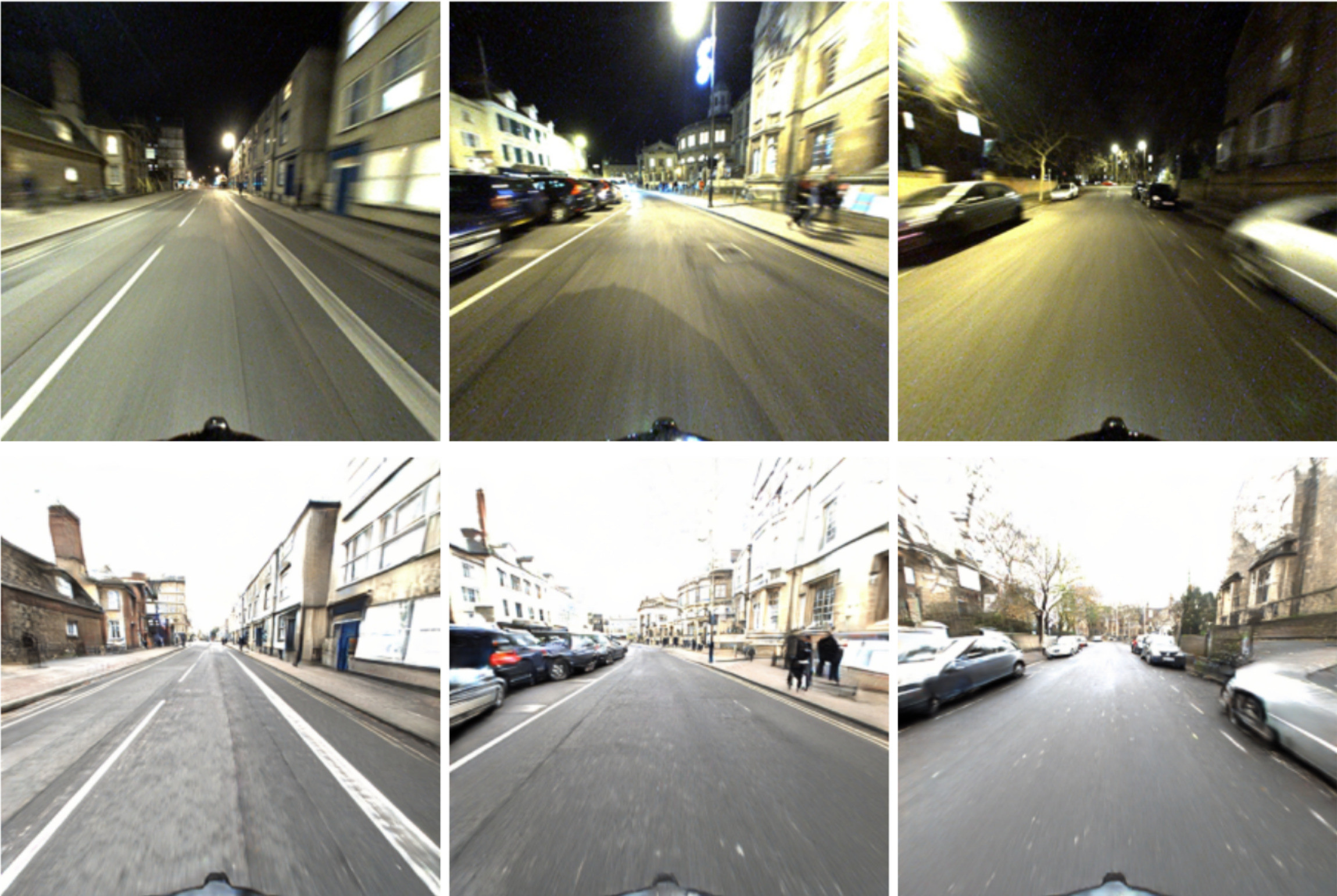 This AI, meanwhile, simulates day from a night picture. This is valuable, as creating self-driving cars that work and can locate themselves precisely in all conditions – day, night, fog, rain, snow and so on – requires a lot of data that covers all scenarios. Collecting large amounts of data in all conditions is practically very difficult, as certain conditions (such as snow) occur very rarely in some areas. Instead of collecting more data, scientists have come up with this night-to-day workaround. This could also lead to better night vision for the military, airplane pilots and human drivers.

When something is not directly visible, GANs are used to make educated guesses. Take the case of the BodyNet AI (see above), which estimates the body shape of a person given a picture of them fully-clothed. The digital mannequin is useful for designing tailored clothing without either taking measurements by hand or the help of sophisticated body scanners.

And what if we could see through walls? This AI can literally help you track how people move behind walls. Similar to how bats see in the dark, a signal is emitted and what comes back is interpreted. Bats emit ultrasound that are reflected off the surface of nearby objects. Here, it is signals in the WiFi range that are emitted. As WiFi can go through walls but is partly reflected by our human bodies, this signal is interpreted by a deep learning architecture (see video below).

The ability to make educated guesses is not limited to image generation or translations. Imagination is, in a broader sense, a tool for discovery, and has applications in diverse domains such as cybersecurity or drug design.

Modern cybersecurity tools feature AIs that can detect threats by looking at their characteristics. Researchers have designed a GAN which learns to generate pieces of malignant code that can bypass these cybersecurity detectors. That may sound scary, but the good news is we could also use it to perfect detectors of malignant code – or, if you think about it, sometimes deception can be a good thing, such as when we engineer drugs to fight diseases.

What does it mean for us?

The 4th Industrial Revolution is not just about automation, but about human-machine collaboration and symbiosis. GANs are a turning point in the development of AI, and will help us supercharge our mental capabilities.

They are also a tool with which we can study the mechanisms of imagination and help us to better understand the role of imagination in domains such as translation or discovery. Even though imagination does not equal creativity, it is one of the tools we use to invent new things. What are the missing pieces, yet to be discovered, that will enable us to build machines that can outsmart us in the creative realm as well?

Tags
aiartcreativityfutureinnovationintelligencerobots
In this article
aiartcreativityfutureinnovationintelligencerobots
Related
The Past
The hobbies of 5 great geniuses
Albert Einstein played a mean violin.
Neuropsych
We all can reach a “flow state.” Here’s how.
Perform at your mental peak.
The Future
Synthetic dairy milk made without cows may be coming to a supermarket near you
Synthetic milk is not a sci-fi fantasy; it already exists.
High Culture
Attacking a priceless work of art doesn’t make you an iconoclast
Climate activists’ brand of iconoclasm is far removed from the Beeldenstorm that swept medieval Europe.
The Past
Hundreds of prehistoric paintings have been found in caves with barely enough oxygen to breathe
A new study says the reason cave paintings are in such remote caverns was the artists’ search for transcendence.
Up Next
The Present
Major insurer, Chubb Ltd., to cease underwriting construction of new coal-fired power plants
It’s the first major insurance company with operations in the U.S. to move away from coal.