A federal judge has dragged reproductive rights out of the mud of religion into the lofty heights of moral philosophy. As a result, companies may be able to restrict what kinds of birth control their employees receive under an employer insurance plan.

Brought to the court by March for Life, a nonprofit created after Roe v. Wade to oppose abortion, the ruling goes against President Barack Obama’s signature piece of legislation, the Affordable Care Act. In the ruling, US District Judge Richard Leon said:

“The characteristic that warrants protection — an employment relationship based in part on a shared objection to abortifacients — is altogether separate from theism. Stated differently, what H.H.S. claims to be protecting is religious beliefs, when it actually is protecting a moral philosophy about the sanctity of life.”

Richard Leon is not, as one might suppose, a jingoist.

Richard Leon has made a number of rulings that defy the rigid boundaries of the culture war. He is not, as one might suppose, a jingoist. He has ruled against the NSA wiretapping program (and is eager to do so again), banned the use of imported barbiturates in state executions, and demanded that the government release Guantanamo Bay detainees held without due process.

Leon may be a libertarian, but nobody is perfect.

Mohammed el Gharani in 2009, a citizen of Chad, was deemed an enemy combatant. Leon said the detainee must be released and sent home. 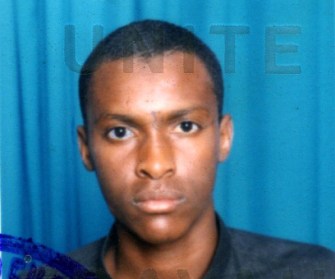 It should come as no surprise that March for Life doesn’t want to supply abortifacients to its employees. It would be a surprise indeed if its employees wanted abortifacients (that would be choosing an employer rather poorly). So is the ruling purely symbolic? Or just another battle fought in the culture wars?

Unlike the Supreme Court’s Hobby Lobby decision, the March for Life decision has flown mostly under the radar (mostly because it wasn’t made by the SCOTUS). Whatever the legal consequences of the decision are — a decision which may be overturned — it reframes the discussion of contraception, typically viewed as Religion v. Women, as a potentially secular position based on normative philosophical principles.

Then we might be able to at least discuss the issue…

Recent trends in the habits of romantic millennials appear to buck conventional wisdom and well-regarded theories of communication.