It seems just a bit unfair that Karthik Nemmani, an eighth-grader from Texas, won the 2018 Scripps National Spelling Bee by spelling the word koinonia, meaning “the Christian fellowship or body of believers.”

Koinonia, to be sure, is by no means an easy word to spell, and Karthik proved he’s a world-class speller over three days of brutal competition with a record-breaking 515 contestants. But compared to Bewusstseinslage, the word that knocked out his opponent, Karthik’s word might as well have been horse.

Either way, all of those obscure and often unphonetic words featured in the Scripps National Spelling Bee come from the nearly 500,000 words found in the Merriam-Webster’s Unabridged Third New International Dictionary. Each year, a commission pores through the dictionary to select potential spelling bee words, each of which is rated on a 1 to 5 scale by members.

An analysis from FiveThirtyEight on past Scripps competitions revealed some interesting patterns on the words that ultimately make it into the bee.

“About 54 percent of the bee’s words came from Latin, Middle English, French or New Latin,” wrote Oliver Roeder, adding “(It’s worth noting that many words that come to us from Latin were filtered through Latin from Greek, or through French from Latin, and so on. English is complicated.)”

Spelling bee champions spend long hours studying not only spelling but also etymology, which is the study of the origin of words and the historical development of their meaning. Someone well-versed in etymology would be able to spell a word they’ve never encountered before simply from its pronunciation or origin, both of which are provided to spelling bee contestants.

“A spelling bee contestant’s first encounter with a word is its pronunciation. Knowing how sounds are spelled in the parent language can lead a speller to the correct combination of letters used to spell it in English.

Babbel Magazine offers another example of how an etymologist might think about the word “trivial”:

“Trivial originates from the Latin word trivium, which was used to denominate a place where three roads meet (tri- meaning three, and -vium from via, meaning road). A trivium gained the connotation of being an open, public place — a mini agora — where people from across society’s technicolor spectrum could relax, chat and simply coexist. The adjective trivialis was a derivative of trivium and came to mean vulgar, ordinary, of little importance, common and contemporary, and the English adjective trivial carries much of this definition to this day; tired, ordinary, commonplace; of little use, import, consequence or significance.”

If you want to see how you would have fared in this year’s Scripps National Spelling Bee, check out some of the harder words from the competition listed below.

(Note: I wrote a simplified phonetic interpretation of each word, figuring it’d be easier than having you decipher phonetic translations like“bə-ˈvu̇st-ˌzīn(t)s-ˌlägə , -ˌzīnz-”; the Merriam-Webster online dictionary has the proper phonetic definitions.)

Haecceitas (heck-see-uh-tass, noun, Medieval Latin): the status of being an individual or a particular nature

Chaudfroid (shoh-frwah, noun, French): a jellied sauce (as a white or brown sauce fortified with gelatin) used as a garnish especially for meat or fish 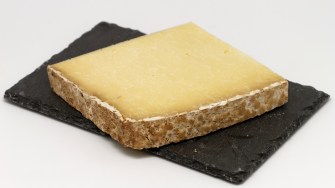 Cantal (kahn-tawl, noun, French): a hard cheddar-type cheese made in the south of France

Uraeus (ur-ee-us, noun, New Latin): a representation of the sacred asp (Naja haje) appearing in ancient Egyptian art and especially on the headdress of rulers and serving as a symbol of sovereignty

Metatarsus (met-uh-tarsus, noun, New Latin): the group of bones in the foot, between the ankle and the toes

Bewusstseinslage (buh-voos-tines-lahga, noun, German): a state of consciousness or a feeling devoid of sensory components 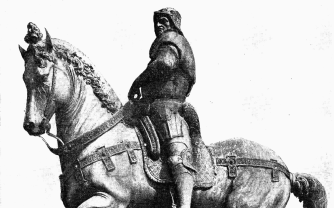 Condottiere (condo-teeair-ay, noun, Italian): a leader of a band of mercenaries common in Europe between the 14th and 16th centuries

Soubresaut (sue-breh-sow, noun, French): a jump performed with the legs held together and the body erect but slightly curved to the side

Praxitelean (prax-it-eel-e-an, adjective, Greek): in the style of Praxiteles, a Greek sculptor

Ispaghula (isp-uh-gooluh, noun, Persian): the dried seeds of a southern Asian plantain, chiefly used medicinally in the treatment of dysentery

Paucispiral (poss-iss-piral, adjective, Latin): (of a mollusc’s operculum or shell) having few whorls

The artificial iris has now been approved by the FDA — here’s what it can do.

Vision restoration is the main goal, but the CustomFlex Artificial Iris could also be used for cosmetic purposes.