We marvel at Wonder Woman and other characters that represent female power. Although we view such symbols as a modern-day phenomenon, they aren’t new. They go back to the roots of western civilization and beyond. Greek myth, the stories of Homer and the writings of Herodotus all mention a band of fierce and skilled warrior women. Wonder Woman was based, partly, on these legends from antiquity.

Reports from ancient Persia (Iran) and China tell similar tales of horsewomen archers from the steppe—the grasslands of central Asia. Whether they existed or not was a preoccupation of folklorists and classicists in the 20th century, with some claiming the Greeks mistook beardless, weapon-wielding Mongols for female warriors. Still, there was enough written about Amazons from the ancient world to lead many scholars to believe they had existed.

Among the first places Amazons appear is in the myths of Heracles and Theseus. In fact, one of Heracles’s (Hercules in Latin) labors was to secure the magic girdle of the Amazon queen, Hippolyte. While with Theseus, the supposed founder of Athens who united the Greeks, the Amazons came howling into the city, starting what came to be known as the Attic War, only to be repelled by the cagey hero and his forces.

This is symbolically taken for Greek civilization subjugating the untamed attributes of the female spirit. And yet, the bravery and headstrong nature of these women was so intriguing that in the end, the Amazons were celebrated in ancient Greece. Archeologists, for instance, have excavated Amazon dolls, which were among the favorite playthings of young Greek girls. 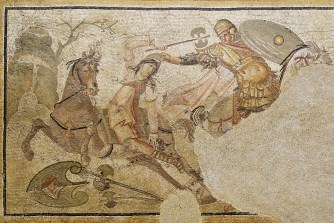 So how did the name Amazon come about? One Greek scholar confused the meaning of a foreign word, “mazon” for the Greek word for “breast.” While “a” meant “without.” He explained that the Amazons removed their right breast in order to be better able to draw a bowstring or throw a javelin. Of course, female professional archers today compete just as well with both their breasts. And curiously, in all Greek art depicting them, the Amazons are dual-breasted.

These storied warrior women appear in the Iliad, a timeless and sweeping epic poem attributed to the blind poet Homer, which is said to have been written somewhere between the 7th and 8th century BCE. Here, they are depicted as matching a man in courage, horsemanship, and skill in battle. They fought on the side of Troy.

Amazons in this work didn’t carry on relationships with men, but rather, mated with opponents and only raised the female offspring. Later on, the poet Arktinos of Miletus added another element to the story, a duel between Achilles and a skilled Amazon princess. When the mighty Greek dealt the death stroke, his opponent’s helmet slipped, revealing the beautiful face of a woman underneath, which Achilles instantly fell in love with at the moment of her death.

According to Herodotus (484–425 BCE), the Amazons weren’t a female-only society. Instead, the women fought alongside their men. Skilled as riders and with a bow and arrow, they spurned the domestic sphere to ride and fight all over the plains of Scythia–what is today the Ukraine, parts of Russia, and Kazakhstan. According to the famed historian, Amazons weren’t allowed to marry until they killed their first enemy in battle.

The so-called “Father of History” noted that they could be found around the Black Sea and in around northern Turkey. To support themselves, they went on pillaging sprees now and again to enrich their capitol and a handful of surrounding towns. This story reflects an underlying fear the Greeks had of female power, especially since Greek women were relegated to the domestic sphere.

The Amazons also embodied the wild barbarism that existed on the fringes of the Greek world. But these female warriors also became symbols of strength, eroticism, exotic lands, romance, and adventure. Depictions of Amazons in art became so popular that by the 6th century, they were emblazoned on every kind of household item, on pottery, in jewelry, and even in friezes. 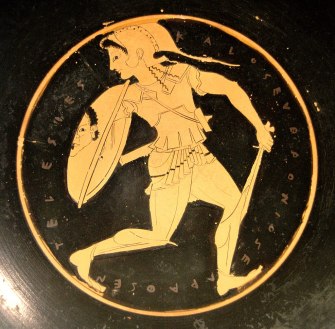 There is one story by Herodotus that is particularly important for our purposes. It tells of a group of Greek warriors who, after traversing the steppe of Northern Turkey, captured a group of warrior women and locked them in their ship’s hold. The Amazons escaped, slew their captors and upon landing, acquired horses and raided for sustenance. This occurred near a city inhabited by the Scythians.

Soon, these women had male callers visiting their camp from the nearby city. Legend has it that the suitors invited the women to come live in the city with them, to which the women replied, why not join us instead, hunting, raiding, and galloping across the steppe? The pairs left for adventure and eventually became the Sauromatians, raiders, and traders who even later evolved into the Sarmatian culture. This group eventually were taken over by an intermarried with the Huns and the Goths.

So what does the archeological evidence point to? In the 1990s, a joint US-Russian effort allowed archeologists to examine a number of kurgans or burial mounts in the Ural Steppes of southern Russia, near the Kazakhstan border. Among 150, 2,000-year-old graves, archeologists found the remains of women as well as men buried with swords, shields, spears, quivers of arrows, and other weapons of war. Since then, several further excavations tell us as many as 37 percent of the kurgans contain the mortal remains of a female warrior. 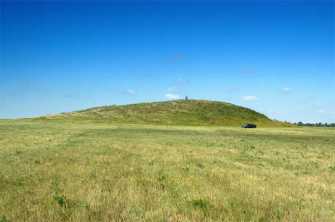 The skeletons of these women are bow-legged, illustrating a life on horseback. They carry battle scars as any male warrior might, many from battle axes, suggesting face-to-face combat. On average, they were 5 ft. 6 in. tall, which was extremely lofty for that day. The Scythians were thought to be a nomadic culture from around the Black Sea, and merchants from the area must have exchanged tales about them, which eventually got back to Greece. Stanford classicist and author Adrienne Mayor wrote a book about them, The Amazons: Lives and Legends of Warrior Women across the Ancient World.

She told The New Yorker, “a wealth of archaeological discoveries show that there were women who behaved like Amazons — who wore the same clothes, who used weapons, who rode horses, and who lived at the same time as the ancient Greeks.” So what allowed the Amazons to excel in a hyper-masculine world? “The horse was the great equalizer,” she said, “along with the bow and arrow, which meant that a woman could be just as fast, just as deadly, as a man.”

To learn more about the historical Amazons, click here.

With sustainable production, you could see houses, skyscrapers, and all kinds of things made of nanowood.