Fences keep certain animals in while making sure others stay out. When dealing with home property, you likely desire security and privacy. Farmers need to keep pests from destroying crops. But when we expand fences for hundreds or thousands of miles, unexpected consequences are inevitable, especially when the animal you’re trying to stop is a human.

A few weeks ago I reported on the alternate ecosystems that now exist thanks to a fence constructed in Australia to keep dingoes away. What was once one ecosystem has been transformed into two entirely different landscapes. Closer to home, the reality is stark. If a border wall was ever constructed between America and Mexico, the same would occur.

Only, in this case, the destruction would be crippling. A new study, published in the journal BioScience, claims that over 1,500 species of flora and fauna would be eradicated if this wall is erected. To date, nearly 2,800 scientists have signed a petition stating that this sort of environmental destruction would be devastating. The report begins:

Already-built sections of the wall are reducing the area, quality, and connectivity of plant and animal habitats and are compromising more than a century of binational investment in conservation. Political and media attention, however, often understate or misrepresent the harm done to biodiversity. 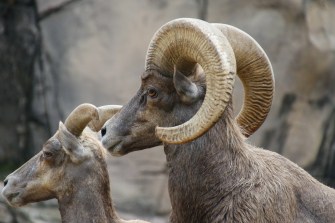 Unfortunately, in 2005 the US Congress gave the Department of Homeland Security (DHS) the authority to waive environmental laws related to border security. Since 2017, that department has already issued three waivers regarding the Trump administration’s proposed construction in California and New Mexico.

The six ecoregions the wall would run through are some of the most diverse ecosystems in North America, the scientists write. Of the 1,506 native animals that reside along this pathway, 62 species are critically endangered, endangered, or vulnerable to population collapse. When connectivity between regions is cut off, their demise is basically guaranteed. Such a wall would negatively impact animals such as the Peninsular bighorn sheep, Mexican gray wolf, Sonoran pronghorn, as well as jaguars and ocelots.

Within eighty kilometers of the border, 4.5 million hectares of American and Mexican land are protected thanks to the millions of dollars in conservation efforts and international laws protecting these lands. A wall would put animals and plants in these territories at risk. Scientists are already harassed by border security, according to the report. The construction of a wall would make any scientific inquiry even harder. 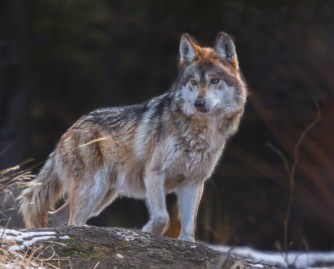 Jennifer Miller, a senior scientist at Defenders of Wildlife and coauthor of this paper, believes politics is creating a potentially crippling environmental situation. She says,

Debates about the border wall typically focus on immigration, economics and national security, but the harm to Americans’ natural heritage is an outcome rarely discussed.

The authors conclude with four pieces of advice to better conserve the land:

A new study says climate change could cause an additional 40,000 suicides in America and Canada by 2050.