Today was a doubleheader for volcanic eruptions in the news: 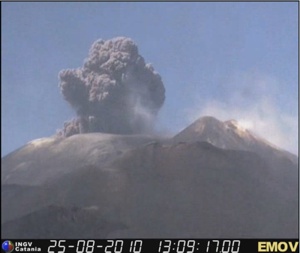 For both of these events, updates as they arrive!

{Special thanks to all the Eruptions readers who have posted links/info.}

Galeras in Colombia has an “atypical” eruption, prompting evacuations and a warning of potentially more activity.