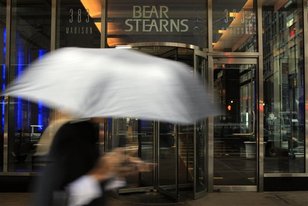 The full and total collapse of Bear Stearns over the weekend and the investment bank’s purchase by JP Morgan Chase is another stunning example of the link between reputation and shareholder value. Bear Stearns was one of the most storied names on Wall Street. On Thursday, shares of the company traded at $57. On Friday, shares of the company plunged to $30 in a matter of minutes in a huge cascade effect triggered by a loss of confidence in Bear Stearn’s reputation and the company’s ability to act as counterparty on financial market dealings.

Over the weekend, amid concerns that a bank run on Bear Stearns could lead to a collapse of the entire worldwide financial system, JP Morgan Chase stepped in and bought shares of Bear Stearns for $2 apiece. That’s basically a 93% discount for a company that had worldwide operations, was founded in 1923 and was routinely ranked as one of FORTUNE Magazine’s most admired companies! The value of the company’s real estate in midtown Manhattan was probably worth the purchase price alone, effectively valuing the company at… zero. Zilch. Nothing.

Imagine waking up to that on a Monday morning.