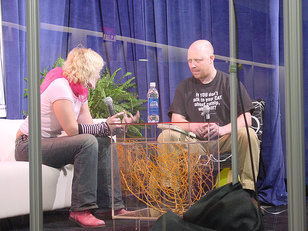 nIn response to a surge of grassroots interest surrounding Web 2.0, some universities have started to offer for-credit academic classes on subjects related to social networking. At the University of Michigan, there’s even a new graduate program in social computing:

“After years of worrying about how much time freshmennspend on Facebook, schools are incorporating the study of socialnnetworking, online communities and user-contributed content into newncurricula on social computing. The moves, like other academicnexpansions into fields like videogame design, are part of an effort tonkeep technology studies relevant to students’ lives – and to tapnsubjects with entrepreneurial momentum. Yahoo! and Microsoft are among the tech companies that have invested in schools’ social computing programs.”

As the Wall Street Journal points out, it’s not just students who are demanding new courses covering topics such as Facebook, MySpace and Second Life — a growing number of young researchers are starting to base their academic careers on their knowledge of Web 2.0. A recent call for papers on Web 2.0 from a scholarly journal sponsored by Indiana University resulted in an outpouring of more than 100 submissions from social web researchers.