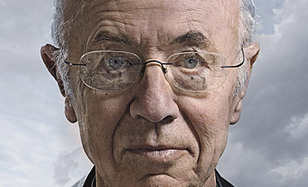 “In my position as a lecturer at Stanford Graduate School of Business,nI’ve been working with my colleague Professor Robert Burgelman tonexamine how large companies can defeat the law of big numbers.nSuccessful businesses sooner or later encounter a situation in whichnthe reward for their success becomes a punishment of sorts. The rewardnis that they get big. The punishment is that when they get big, it getsnharder and harder for them to grow. And then their investors pile onnthe abuse.

In looking at various companies that havenbeen hindered by their own success, we found that under certainnconditions a firm can create a new growth spurt for itself by enteringnan entirely different industry. The target industry must be stagnantnand populated with companies that cling to doing business the way theynalways have. The corporation that enters this environment with anninnovative product or service can shake up the status quo and reap bignprofits. Burgelman and I call this phenomenon cross-boundary disruption, or XBD for short.”

According to Grove, companies like Apple have already discovered cross-boundary disruption, while Wal-Mart and GE could be on the cusp of new disruptive innovation by exploring industries like healthcare and energy.