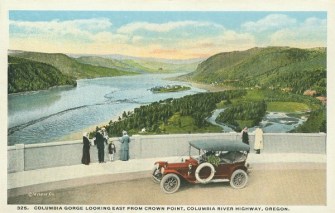 I’m spending the weekend in Oregon at an outpost on the edge of the Columbia River Valley. I’m in town for a unique three cultures summit on climate change, a workshop that brings together scientists, social scientists, philosophers, poets, and artists to discuss strategies and methods for public engagement and communication.

This afternoon we broke into separate disciplinary groups and embarked on a short hike to reflect on what we would like to learn from the other disciplines. When we returned, I jotted down the following notes on what scientists said they would most like to learn or know from social scientists. Here’s what they said:

Establish an ongoing formal dialogue and partnership with social scientists on sustainability and science.

Guidance on where to best target our efforts i.e. which segments of the public?

How to communicate through social networks

Help with understanding the practical limits of effective advocacy.

Studies of the culture of science.

In the Clamor Over George Will, Pundits Win But Public Loses

Back in January, Desmog blog noted what they dubbed a “troubling” trend online, plotting a rise in mentions of “global warming + hoax.” The graph was construed as evidence of […]