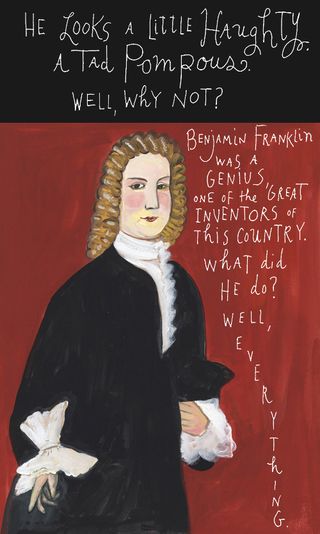 In her latest “visual column” for the New York Times, the always-inspiring Maira Kalman documents the many innovations of Benjamin Franklin. The question is not what did Franklin invent, but rather, what didn’t he invent? Let’s see… the Franklin stove, swim fins, bifocal glasses, the lightning rod, the odometer… If he had lived during the Italian Renaissance, he would have been America’s answer to Da Vinci. As it was, he helped to make America the “land of invention” during the mid-19th century.

[image: “Can Do” from Maira Kalman]