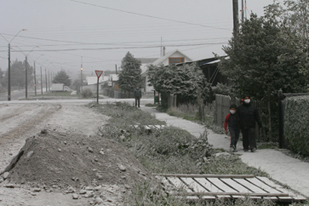 Update 5/4/08: Looks like there is now officially a deathtoll for Chaiten, as an elderly woman died during the evacuations. The volcanoes continues to spew ash and I wouldn’t be surprised if it did so for at least a few more days. There have also been reports of a sharp increase in earthquakes in the area since the eruption. Now, before everyone goes nuts, this could be just a response to the dramatic release of pressure caused by the eruption, possibly faulting in the caldera walls activated by the eruption, or possibly magma working its way to the surface as the eruption progresses. Now, whether this means the eruption is waxing or waning, it is hard to say from the information I’ve been able to find, but it definitely will keep us on our toes.

And that about wraps it up for Redoubt