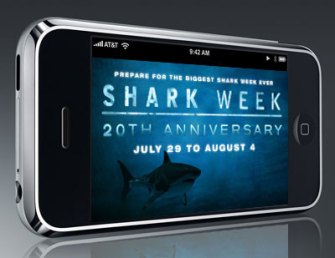 In today’s fragmented media environment, how do we actually reach “mass” audiences with science-related content? Or similarly, if you are a company or organization trying to promote your science credentials to a diverse audience, what is the best outlet for doing so?

Well it appears that the Discovery Channel and its affiliated sister channels might be an optimal choice. Consider the findings from a recent analysis I ran on data collected by Pew in 2006.

Not only do Discovery and the Learning Channel reach a sizable audience of Americans, their regular viewers span demographic segments. For example, nearly 50% of both non-college and college-educated Americans say that they regularly watch these two sister cable networks. Viewership also splits relatively evenly across age groups and ideological orientation with roughly half of liberals, moderates, and conservatives saying they regularly watch the channel. The network even captures a strongly religious audience, with nearly 40% of evangelicals saying they regularly tune in.

You can debate just how much science content is on the Discovery or Learning Channels, but clearly, based on the size and diversity of their audience, their parent company Discovery Communications has figured out a formula that works in today’s competitive media world.

The PBS NOVA audience also has special qualities and characteristics. If a company or organization wants to reach a core audience of science enthusiasts and influentials, this might be the best outlet to be featured at or to sponsor. Based on my analysis of the Pew data, here are some key findings:

About 11% of Americans say they regularly watch Nova. Not surprisingly these viewers comprise a core audience of strong science enthusiasts, with 25% of the “attentive public” for science saying they are regular viewers and 16% of college educated Americans responding that they regularly tune-in. NOVA viewers also tend to be heavier consumers of other science media with:

*18% subscribing to a science magazine such as Scientific American, Science, or Discover (compared to 11% of the public).