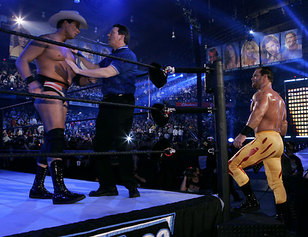 The European Innovation Scorecard, which measures the relative innovation performance of EU member nations vis-a-vis the U.S. and Japan, shows once again that the Nordic countries (Sweden, Finland, Denmark) are at the top of the innovation rankings, while the newest member states of Europe (e.g. the former Soviet satellites of Eastern Europe) are at the bottom. So far, so good. What’s shocking, though, is that the U.S. is now considered an INNOVATION FOLLOWER, joined by the likes of Iceland, the UK, France, Belgium, Netherlands, Austria and Ireland. The U.S. even trails Germany and Switzerland when it comes to innovation. As if that wasn’t bad enough, the nations of Spain and Italy are considered to be among the laggards of Europe when it comes to innovation. Despite a huge head-start, they’re basically struggling to keep up with the likes of Bulgaria, Romania and Slovakia.

As the URENIO Portal blog points out, this is all part of a larger trend. Many of the new EU Member States are steadily catching up with the EU average, while at the same time, the EU is rapidly gaining ground on both the US and Japan:

performance, but the innovation gap between the EU25 and Japan, and in

particular, with the US, is decreasing. The EU25 has improved its

relative performance compared to the US in S&E graduates, tertiary

community trademarks. The EU has improved its relative performance

compared to Japan mostly in S&E graduates and broadband penetration

rate. For business R&D, the share of medium/high-tech R&D and

the employment share in medium/high-tech manufacturing, the EU has

experienced a decline of its relative performance.”