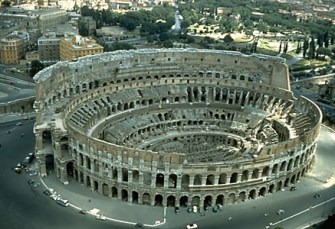 I am in Italy until Wednesday of next week participating in an expert workshop on the scientific and societal dimensions of climate change. Organized by the Earth Institute’s Urban Design Lab at Columbia University and the Adriano Olivetti Foundation, the workshop will turn into an edited volume released as part of the Ecopolis conference to be held in Rome in April, 2009.

The workshop features experts analyzing almost every major dimension of climate change. I am on a panel that kicks the workshop off by focusing on “Politics, Public Opinion, and Communication.” Here are the questions that were posed to me in advance and that I will eventually be crafting a paper around:

What we are hoping that you can explore is the public communication side of the climate-change phenomenon; and its role in adaptation strategies. This of course begs the question as to whether or not public opinion is important at all, and if the growing immediacy of the problem will require a more drastic approach rather than normative “consensus-building.” In other words, are we at a different kind of communication crossroads, in comparison to smoking bans, stem cell ethics, and other recent science policy debates? In this regard, because our focus is on the “urban,” would you see important distinctions between urban and other contexts? Is there something different about this kind of science? And if, indeed, this kind of science is producing public consensus – as your work seems to indicate, what is lacking on the public side of the equation? In this regard could we get into the power politics side? And in what capacity do you see the formation of global capital as a cause or effect in terms of unified strategies for climate change communication? On a big hypothetical, if all were to be a “go” in terms of mitigation and adaptation, with huge global resources at the ready, where might it best be deployed – or better stated, where are the huge gaps in knowledge and technique?

Related
Life
Visualization test
Lorem ipsum dolor sit amet, consectetur adipiscing elit. Nullam id tincidunt mi. Morbi malesuada nulla sit amet est hendrerit tincidunt. Etiam viverra, nisl id volutpat eleifend, est augue sodales orci, […]
L&D Strategy
Transfer of learning: The necessary step to make learning stick
Transfer of learning is a concept that should be top-of-mind when planning any learning and development program. Why? In a perfect world, the billions of dollars organizations collectively spend every […]
Starts With A Bang
Why we’ll never see back to the beginning of the Universe
We thought the Big Bang started it all. Then we realized that something else came before, and it erased everything that existed prior.
Thinking
Is there an afterlife? See how your answer compares to polled Americans
There is more consensus on what heaven looks like than hell.
Thinking
How science changes the way we think, according to 10 leading scientists
A group of prominent scientists shares how research has changed them.
Up Next
Guest Thinkers
JOURNAL WATCH: “Image Bytes” in Election Coverage
Scholars have long warned about the increasing sound bite nature of our media and political system, but overlooked is the visual nature of this trend. A new study in the […]