Catching up with some news: 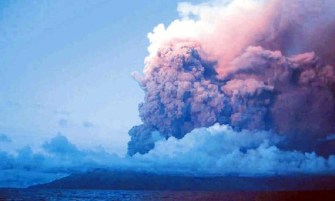 Anatahan erupting in the northern Mariana Islands in 2003.

Nothing like the flu to get you off track