Time to play a little catch up … 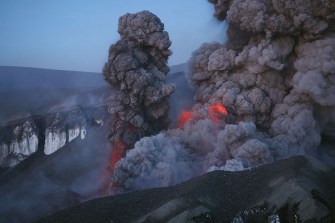 nEyjafjallajökull erupting in early May. Image by and courtesy of Martin Rietze.

Send me your memories of the May 18, 1980 eruption of Mt. Saint Helens for a 30th anniversary commemoration!