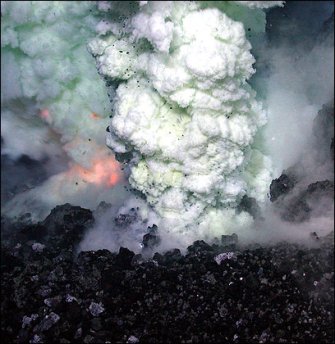 The May 2009 eruption of West Mata. Image courtesy of NSF and NOAA.

“major eruption” could be coming in the next week

and may move the volcano up to Level 4 status. However, it hasn’t stopped people from already returning to their farms on the slopes of the volcano – which is leading to more forced evacuations and a curfew in Albay Province.

Evacuation orders have been extended to almost 50,000 people in the wake of the eruption of Mayon in the Philippines.