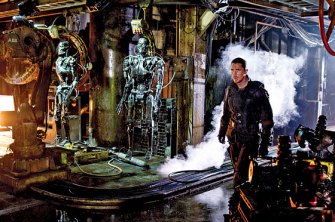 So I scanned the reviews for director McG’s Terminator Salvation at the Washington Post, New York Times, and New York Magazine, and it turns out not unexpectedly that in the words of my hometown Buffalo News‘ critic Jeff Simon that the film “is a remarkable looking piece of work. And you’ll find gobs and gobs of action in it at least half of the time. Bullets fly, so do people. Things blow up and, yes the people do, too.”

But reading the reviews left me thinking: There’s so much visual, so much wider audience engagement with a film like Terminator Salvation, that the underlying themes of artificial intelligence and cyborgs stand as a terrific hook to reach wider audiences on the science and ethics related to these topics.

Commissioning “science of _____” film reviews might be one way to accomplish this. The linked mainstream reviews above touch on these dimensions of the film, in fact they invite reader curiosity, but they understandably don’t provide much popular science context.

So here’s an idea I am throwing out there for the amazing new Science & Entertainment Exchange initiative launched by the National Academies:

With major films that include themes of science and technology, why not produce online and even syndicate, 1,000-2,000 word accessible and interesting “science reviews” of the film. In these reviews, there would be some countering or debunking (but not too much) of possible errors in the science, but far more importantly, the review would be a platform and launching pad for sparking interest among readers in the featured scientific field.

Consider the movie reviews a trusted “science information valet,” providing context but then hyperlinking to a wealth of other multi-media and science content rich information available online. 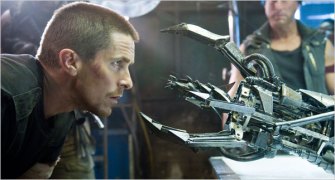 Fronting the NY Times today is a preview of a bold new strategy for engaging hard to reach audiences on science. As the NY Times describes, today’s media event that […]