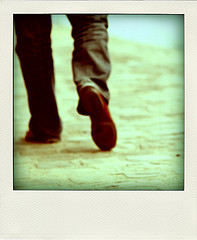 Here’s a quote for you:

… I’ve decided to hang up my blogging hat. I was a fool, and I didn’t anticipate how this kind of thing could happen. As many of our readers and my students know, I’m opinionated and willing to push boundaries. This is what I think is the role of a professor, and blogging allowed me to do it in an informal and diverse manner. But I misunderstood the technology, and the consequences are devastating for me personally.

If a distinguished law professor at one of the most prestigious universities in the world doesn’t understand “the technology,” that’s probably indicative that most others don’t either.

Image credit:Walk away from me…

I have been known to say that there’s not much in your children’s textbooks that isn’t available in at least a dozen places online for free. But, hey, maybe I’m […]