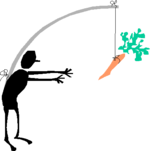 nIn her “Practical Innovation” column for CIO.com, Elana Varon explains why IT departments often have such a hard time coming up with new innovations. On the one hand, the IT department is expected to help run the organization in a smooth, consistent manner and to automate what is already being done by the organization; on the other hand, the IT department is also expected to come up with new, game-changing innovations by taking risks. Given the choice between the two (safety and risk), is it any wonder that they often choose the relative safety of business as usual?

As Elana explains, IT workers must be given the incentive to tap into their own creativity, possibly by the creation of new innovation metrics that will reward them appropriately for taking risks:

“I disagree that “most IT people” have been trained to be, or definenthemselves to be, idea killers (My loved ones include “IT people” whonare among the most creative, innovative people I know). But the commentnis right on about the need to accept more risk into your life. Fornexample, I think there’s frequently tension between the developmentnorganization that is building something new and cool and the operationsngroup that has to integrate said new and cool thing into thenapplication stack. The guys who have to keep the lights on need to benpretty risk averse. I’m not saying that’s a bad thing because that SAPnsystem has to keep humming. But the conflict is there, and it’s notnyour classic alignment problem. It doesn’t matter how much the CEOnsupports innovation, the core infrastructre and apps have to runnreliably. So senior management has to resolve the tension and definenwhen and how risk –and failure– is acceptable. […]

How do you develop managers within your IT organization who are comfortable with risk? Well,nhow do you get anyone to do anything? Set goals. Measure progress.nFollow through. Unfortunately, a lot of companies don’t do any of thesenthings… I’ll bet that if the CIO’s performance onninnovation isn’t being measured and rewarded, he isn’t measuring thenperformance of his IT organization on that score, either.”

[image: The Powerpoint Carrot and Stick]