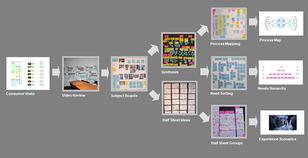 Creating and then manufacturing the Next Big Thing in the world of consumer gadgets is more difficult and complex than you might at first guess. Wired Magazine has put together a behind-the-scenes look at the design of consumer gadgets called The Birth of a Gadget. The article  outlines some of the issues faced by a design consultancy (in this case, Frog Design) when it  decides to launch a new project.

The process all starts with an anthropological review of how consumers will actually use the gadget at work or at home. That information is then

synthesized into numerous product ideas, each of which undergoes rigorous testing and review before working prototypes are developed.

[image: Birth of a Gadget]