The School of Communication at American University has added two nationally recognized scholars studying Internet governance, technology, and politics.  Professors DeNardis and Freelon (bios below) will be teaching in our Communication Studies and Public Communication programs respectively and contributing strongly to our Doctoral program in Media, Technology and Democracy. 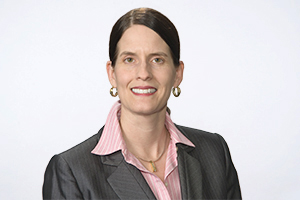 As a leading voice in the field of Internet governance scholarship, Laura DeNardis, an engineer and social scientist by training, asserts that Internet technical protocols are political. To DeNardis, the Internet is neither an untamed Wild West, nor is it, as some perceive, managed by the complete strictures of government or corporate control. Internet governance occurs through the combination of technical design decisions that determine how we move through cyberspace, by international Internet governing organizations, and private company policies (like Facebook’s ever-changing privacy rules). Her current research runs specifically to technologies of dissent — examining the future of free expression online through new technological forms of political expression and suppression by political activists, hackers like “Anonymous” and repressive governments. DeNardis most recently served as research scholar, lecturer, and executive director for the Yale Information Society Project at Yale Law School. During her first year at AU, DeNardis will be completing two books, Technologies of Dissent and Global Internet Governance, the latter for Yale University Press. She also serves as vice chair of the Global Internet Governance Academic Network (GigaNet), and spoke on topics of cybersecurity and Internet freedom at the 2011 SIS-hosted GigaNet conference. Dean Larry Kirkman is delighted that DeNardis is joining SOC. “Her research on global politics of information and communication technologies and her technoscience expertise will enrich scholarship, professional innovation and teaching at the School of Communication.” 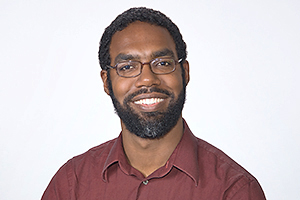 Deen Freelon is interested in the changing relationship of technology and politics. He analyzes blogs, Web forums, civic engagement Web sites, and other political mass media. Freelon’s interests also include quantitative research methods. This interest led to his developing the online intercoder reliability calculator ReCal. Freelon describes ReCal, which is available for access on his Web site, as an “online utility that computes intercoder–interrater reliability coefficients for nominal, ordinal, interval, or ratio-level data.” His publications include forthcoming work on digital media and youth engagement and on communicating citizenship online. Since 2005 he has maintained a blog on his research interests and contributes to the blog group Blackademics. The Durham, North Carolina, native graduated with a BA in psychology from Stanford University. After Stanford he worked for four years as technology trainer–Web designer–multimedia consultant for Duke University’s academic community.

Denardis and Freelon are just two among 33 new tenured or tenure-track faculty joining American University this year.  Read their bios and watch below a video profiling several of the new hires.

Find out more about the MA in Public Communication and MA in Political Communication at American University.  See also our new PhD program in Media, Technology and Democracy, where students can investigate the intersections among communication, public affairs and debates over sustainability, innovation and economic growth.

Can Double Blind Experiments Be Applied to Historical Research?

That’s the question posed by one of the lectures in the recently announced Capital Science Series sponsored by the Carnegie Institution for Science of Washington, DC.  Details on this particular […]