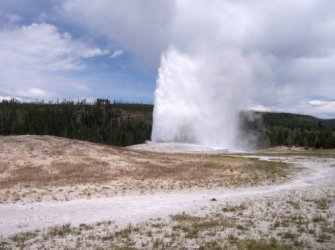 I just wanted to point folks to an interview in US News & World Report with the USGS scientist-in-charge of the Yellowstone Volcano Observatory, Dr. Jacob Lowenstern. He plays down the swarm, noting that things like this happened in the 1980s and that Yellowstone has seen over 80 eruptions in the caldera since the last “supervolcano” eruption 640,000 years ago. I know Dr. Lowenstern pretty well, and even at AGU when I talked to him (before the swarm), he seemed to play down the huffing and puffing the caldera experiences on a yearly basis. It would take much more activity to get the YVO folks concerned about a potential new eruptive period.