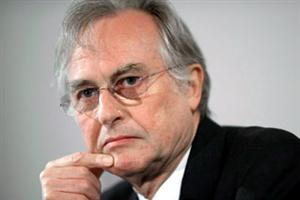 Now that Richard Dawkins has a new book out intended to introduce evolutionary science to a wider audience, is he re-framing his message on science and religion to allow for accommodation? It’s too early to say based only on comments made during an interview at Newsweek. Josh Rosenau has the details and a discussion.

In a provocative article published last year, Nature columnist David Goldston tackled the topic of science and religion, focusing on the implications for public engagement and emerging policy debates. In […]