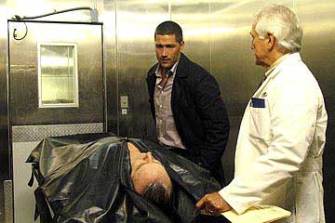 It’s the season finale for Lost tonight and the narrative threads are actually seeming to fit together. My only lingering question is where exactly Jack’s father fits in the mysterious mosaic of the island. What do readers think?

Is Jack’s father Jacob, as someone suggested to me the other day? Doubt it, but it seems we should find out more on this angle tonight.