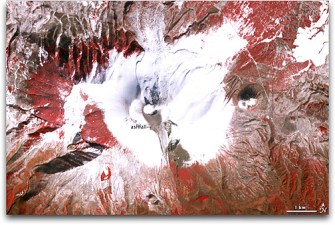 I found this little press release that doesn’t have a huge amount of information, but is interesting nevertheless. The Coordinating Committee for Prediction of Volcanic Eruptions of Japan (nice name) is putting seven volcanoes on “24/7” monitoring. That sounds like we might see a lot of eruptions in Japan soon … except that their rationale was that these volcanoes “are likely to affect public life by erupting or becoming active in the coming 100 years”. That is quite the window of eruptive opportunity! The question is what exactly “24/7” monitoring – does this mean that someone/something will watch seismicity for signs of activity, or will this be a dedicated position that coordinates seismic, gas and deformation monitoring? The article doesn’t say much beyond seismographs and (vaguely) GPS. Nor does it mention what the seven new volcanoes are beyond Mt. Shirane and Mt. Norikura. However, I do give Japan credit for having such foresight when it comes to potential volcanic hazards.

One volcano that is already being constantly monitored is Mt. Asama, which has been erupting for over week. However, folks are already wondering when officials will say that Asama is “back to normal”. You can get a good idea of the ash dispersal from Asama with this excellent satellite image (above) from just after the January 21, 2009 eruption.

We’ve now had three weeks of waiting for Redoubt, and all we have to show for it is steam, seismicity and lots and lots of press. As of today, Redoubt […]