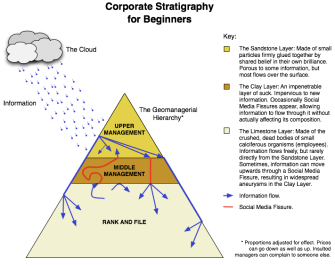 This week’s op-ed piece (Microsoft’s Creative Destruction) in the New York Times from Dick Brass, a former Microsoft VP, was a wake up call for the tech world. In a thoughtful but ultimately scathing piece, Brass describes how and why Microsoft gradually evolved from an innovative company with first-mover advantage to a technological also-ran scrambling behind just about everyone in bringing new products to market:

“As they marvel at Apple’s new iPad tablet computer, the technorati seem
to be focusing on where this leaves Amazon’s popular e-book business.
But the much more important question is why Microsoft, America’s most
famous and prosperous technology company, no longer brings us the
future, whether it’s tablet computers like the iPad, e-books like
Amazon’s Kindle, smartphones like the BlackBerry and iPhone, search
engines like Google, digital music systems like iPod and iTunes or
popular Web services like Facebook and Twitter. […]

Microsoft has become a clumsy, uncompetitive innovator. Its
products are lampooned, often unfairly but sometimes with good reason.
Its image has never recovered from the antitrust prosecution of the
1990s. Its marketing has been inept for years; remember the 2008 ad in
which Bill Gates was somehow persuaded to literally wiggle his behind
at the camera?

While Apple continues to gain market share in
many products, Microsoft has lost share in Web browsers, high-end
laptops and smartphones. Despite billions in investment, its Xbox line
is still at best an equal contender in the game console business. It
first ignored and then stumbled in personal music players until that
business was locked up by Apple.

Microsoft’s huge profits —
$6.7 billion for the past quarter — come almost entirely from Windows
and Office programs first developed decades ago. Like G.M. with its
trucks and S.U.V.’s, Microsoft can’t count on these venerable products
to sustain it forever. Perhaps worst of all, Microsoft is no longer
considered the cool or cutting-edge place to work. There has been a
steady exit of its best and brightest.”

Obviously, something happened to the culture of the company, changing the very direction of what it means to work at Microsoft. One way to conceptualize this is to think about the “impenetrable layer of suck” that tends to grow at just about every company — especially those already bloated with layer upon layer of middle management. On her Strange Attractor blog, Suw Charman-Anderson has posted a fantastic graphic showing how this “impenetrable layer of suck” works. Creative ideas never quite make their way down through an organization. Note the squiggly red lines that are the “social media fissures” — these are just about the only way that innovative ideas work can find their way down to the rank-and-file members of an organization.

You can read the New York Times op-ed piece as a bit of grumbling and mumbling from a disaffected former employee — or as a warning shot fired across the bow to other tech companies like Yahoo, Google and Amazon — all of which are no longer young, frisky, risk-seeking startups. Apple may no longer be a young start-up, either, but it has thus far avoided the “impenetrable layer of suck.” Steve Jobs has almost single-handedly enabled innovative ideas to come to market through charisma and sheer force of will. Which explains to a large degree why Microsoft was never able to realize the full potential of the Tablet PC, while Apple was able to generate a market sensation around the iPad.

[image: The Impenetrable Layer of Suck via Strange Attractor]

Saatchi & Saatchi: How to Win Friends and Influence Followers in 7 Minutes or Less

In a format reminiscent of PechaKucha 20 x 20 (20 PowerPoint slides in 20 minutes or less) events, Saatchi & Saatchi asked 7 of the world’s leading creative thinkers in […]