First day of class! As you might imagine, I’m a little scattered (well, with classes and the fact that we bought a house over the weekend. You know, just that). 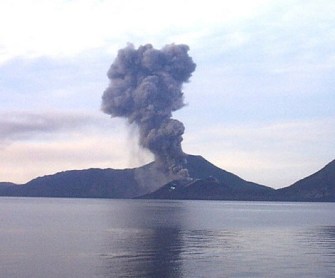 The Tavurvur Crater at Rabaul erupting in 1994.