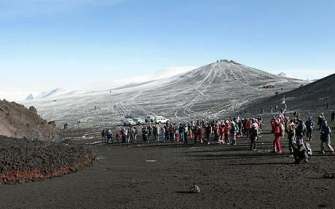 Recent eruptions on Venus (no April Fools this time)

Recent data collected by the ESA Venus Express suggest that Venus might have had very recent lava flows.