Not a lot of time today for a substantive post, but seems like a good day for a new Mystery Volcano Photo. We’re into the third decade of photos, so here are the current standings. A certain man in Italy seems to be pulling away …

MVP #30 was from Craters of the Moon during my trip there this summer. You can see another picture from that are of Idaho in the top left (click to see a larger image).

So, here is MVP #31 … I’ve tried to make it a little trickier, so you need to name the volcanoes in the foreground and background … and bonus if you can name the unit in the very front foreground. Good luck! 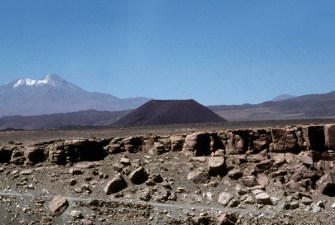 Robots That Seduce Us

MIT ethnographer Sherry Turkle warns of the dangers of social technology after herself experiencing what was like a schoolgirl crush on a human-looking machine.