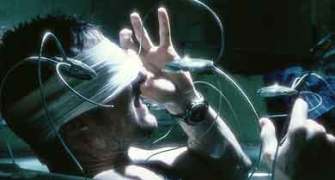 To date, nanotechnology has followed a public trajectory similar to that of plant biotechnology in the United States. Relatively low levels of attention have been paid to the still nascent issue in the media, with coverage concentrated at the science and business beats. This coverage has been framed heavily in social progress and economic development terms with a few stories focusing on elements of the uncertainty of possible risks and/or regulatory matters involving the accountability of industry and scientists. Given low amounts of media attention and the heavy focus on the promise of nanotech, the majority of the public remains relatively unaware of the issue. (For more on public opinion about nanotech and the role of framing, see this article.)

Yet if or when nanotechnology comes to the attention of the wider American public it will be because of a dramatic focusing event involving a tangible threat to human health or perhaps more importantly, in interaction with the cultural background noise of the entertainment media. It’s under these conditions that the image of nanotechnology is likely to morph from one of social and economic promise to that of a Frankenstein’s technology, a Pandora’s box of unknown risks in the hands of industry aka “Big Nanotech.”

Sound familiar? It’s exactly the type of interaction between latent cultural frames and a dramatic focusing event that derailed the development of nuclear energy in the U.S. As I detailed in this Skeptical Inquirercolumn, during the 1950s and 1960s, nuclear energy was portrayed in heavy social progress and economic development terms only to slowly morph in interpretation during the 1970s as the environmental and consumer movement pushed frames of uncertainty, public accountability, and a technology out of control. These frames were locked in place by the synergy of the major motion picture The China Syndrome and the Three Mile Island accident that followed a few weeks later.


The frame of nanotechnology as out of control–given life to serve the interests of industry, mad scientists, and/or a corrupt government–is widely available across science fiction and comic books. Taking the place of nuclear energy and genetic engineering, nanotechn is the science du jour that plays the all important transformative plot role.

The perfect storm of images featuring a nano-monster unleashed by “Big Nanotech” would come in the form of any film adaptation of Michael Crichton’s Prey. For a movie going audience who otherwise might have never heard of nanotechn, these rival interpretations would be on full display, amplified by the publicity and stories about the movie in the entertainment and celebrity press.

Nanotech, however, already shows up in movies. Consider this story at Small Times that details the portrayal of nanotech in the Minority Report. Or The Incredible Hulk, where in the updated version of the comic book tale, Dr. Bruce Banner, under the spell of his mad scientist father, is transformed into the green menace by a combined laboratory exposure to gamma rays and genetically engineered nanobots.

Also consider the popular animated series Justice League Unlimited, where the arch-villian Lex Luthor–in collaboration with a shadow government project–harnesses the power of nanotech to juice up his symbiotic union with the android Brainiac. 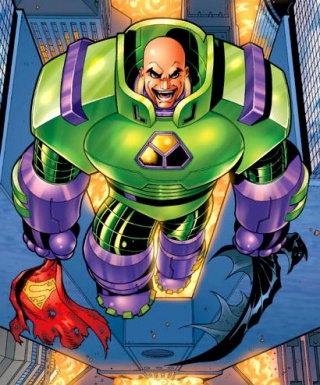 Related
The Future
Custom Image Test
Lorem ipsum etc etc etc etc
Life
Visualization test
Lorem ipsum dolor sit amet, consectetur adipiscing elit. Nullam id tincidunt mi. Morbi malesuada nulla sit amet est hendrerit tincidunt. Etiam viverra, nisl id volutpat eleifend, est augue sodales orci, […]
L&D Strategy
Transfer of learning: The necessary step to make learning stick
Transfer of learning is a concept that should be top-of-mind when planning any learning and development program. Why? In a perfect world, the billions of dollars organizations collectively spend every […]
Starts With A Bang
Why we’ll never see back to the beginning of the Universe
We thought the Big Bang started it all. Then we realized that something else came before, and it erased everything that existed prior.
Thinking
Is there an afterlife? See how your answer compares to polled Americans
There is more consensus on what heaven looks like than hell.
Up Next
Guest Thinkers
ATHEISM IS NOT A CIVIL RIGHTS ISSUE
One of the common claims that has been amplified by the Dawkins/Hitchens PR campaign is that “atheism is a civil rights issue.” (For an example, see the comments section of […]