Yesterday was a fun day here at NECC. Other than the SIGTC Forum, I had nothing scheduled. Of course I hung out in the Blogger’s Cafe!

When I showed up at the Cafe, Jeff Utecht and Brian Crosby were busy hacking the monitor that ISTE had placed there (left side of the picture below). That monitor was later used to broadcast the keynote speech by James Suriowiecki, author of The Wisdom of Crowds (thanks, Konrad Glogowski, for getting the sound fixed!). On the larger screen (right side of the picture below) we displayed Vicki Davis’CoverItLive backchannel conversation about the keynote so that others could follow along. 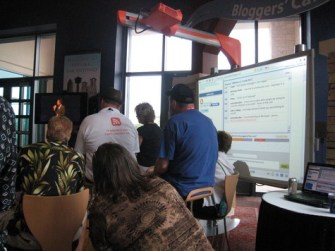 I was one of Vicki’s CoverItLive ‘panelists.’ It was a little weird to be sitting three feet behind her and other panelists but only interacting online rather in person (I’m behind the red table in the picture below). That said, everything went very smoothly and people in the Cafe could hear the keynote better than folks in other lounges because most of our lively side conversation occurred online rather than out loud during the speech. 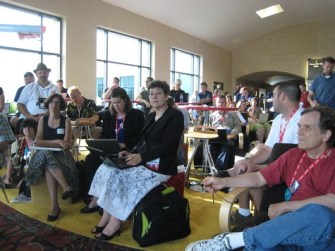 If you ever get a chance to see Ewan McIntosh’s blog aggregator, he organizes his incoming education feeds by geography (Africa, Australia, etc.). He does a phenomenal job of ensuring that he’s receiving a variety of perspectives. As he said to me yesterday, “For every problem we’re discussing, there’s usually already a solution out there somewhere. It’s frustrating sometimes to hear U.S.-centric conversations about dilemmas that often have been addressed in other countries.” Also, interestingly, Ewan told me that his primary blog audience is his boss!

This is a picture of two managers in our BlogBall08 (edublogger fantasy baseball league), Brian Smith and Ted Sakshaug. My team beat Brian’s 8 to 2 this week! 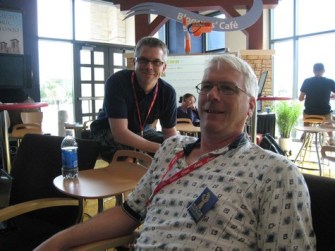 Here’s a picture of Susan Brooks-Young as she runs the NECC orientation session for administrators. She did a great job of running a session for which the room needed to be twice as large. I sat next to someone from Georgia who apologized for putting her ‘grocery store feet’ near my face (I was sitting on the floor) [explanation: apparently your bare feet get really dirty when you walk through a grocery store]. Over 70% of the participants were first-time attendees of the conference (that’s a good thing, I think). 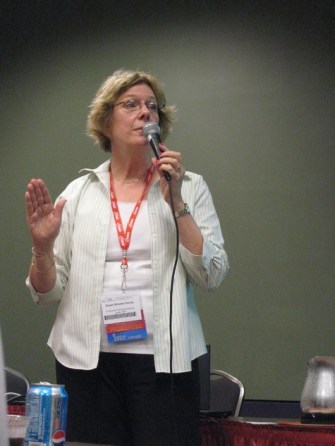 On our way to dinner we took a few pictures (yes, that’s James Surowiecki). 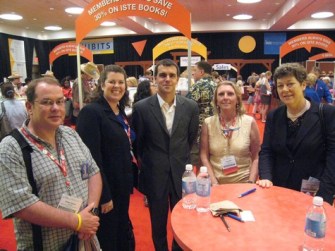 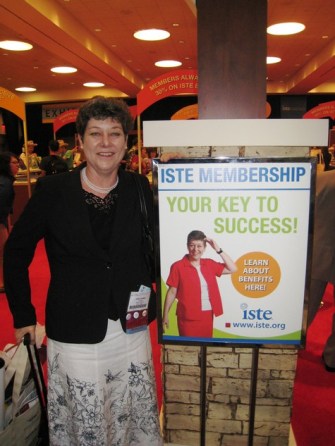 Here are some other pictures from my NECC Flickr set. The last picture is of Jon Becker and the ‘Chip Nazi.’ 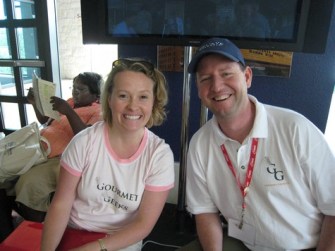 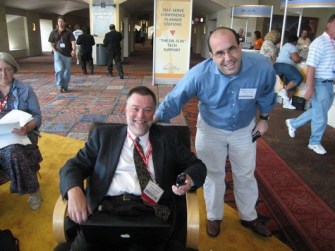 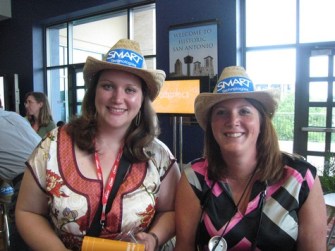 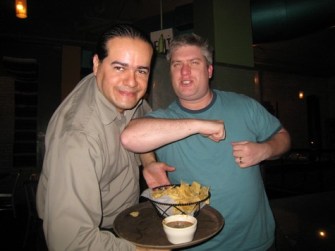 [cross-posted at the TechLearning blog]nnThisnis a picture of the Mobile Quarantine Facility built by NASA for astronauts returning fromnthe Moon. It’s basically a modified Airstreamntrailer. The idea was to isolate […]