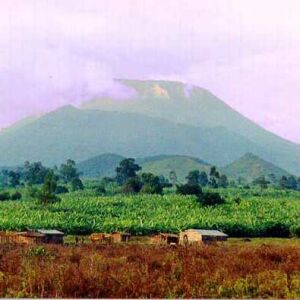 Nyiragongo in the Democratic Republic of the Congo.

Following up on a report earlier this week claiming that an eruption of Mikeno produced an avalanche that killed dozens, it appears that those reports were false. Current news claims that an overflowing river on Nyiragongo in the Congo produced an avalanche on the slopes of the volcano. This avalanche killed 46 people and have wiped out at least 200 homes and UN Peacekeepers in the Congo have been helping with the recovery from the avalanche. So, it seems that the landslide was caused by heavy rains rather than any sort of volcanic eruption. Nyamuragira, next door to Nyiragongo, erupted earlier this year and both volcanoes are very active.

More on Eyjafjallajökull and the St. Helens Anniversary

Eyjafjallajökull’s continues to send ash towards Europe and more on the 30th anniversary of the St. Helens eruptions – including what might come next.